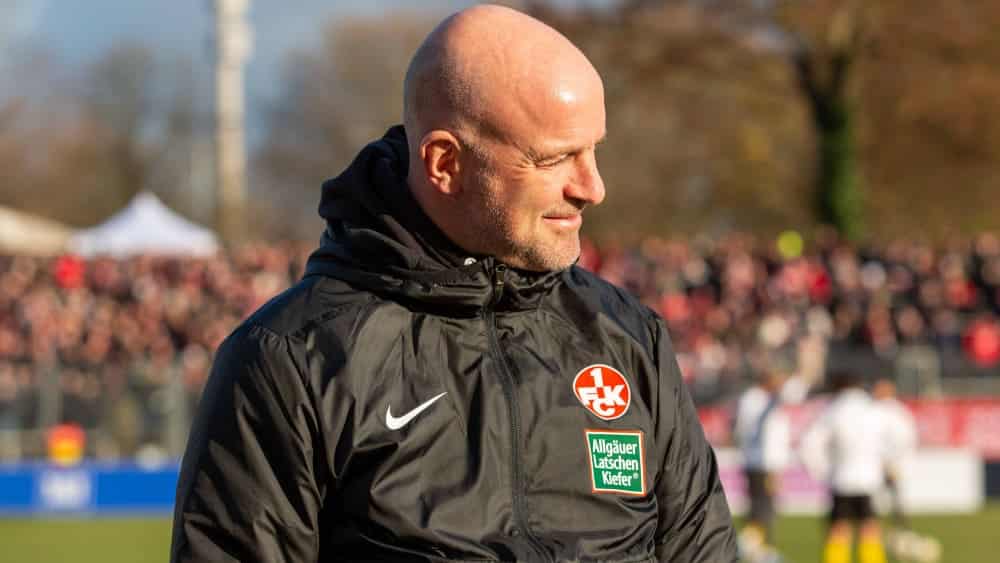 On the very first matchday after the winter break, 1. FC Kaiserslautern can put an exclamation mark on the fight for promotion. The fact that the Palatinate side have a real chance of returning to the 2. Liga after recent difficult years is also thanks to coach Marco Antwerpen.

For the first time since their relegation in 2018, 1. FC Kaiserslautern are back in touch with the 2. Bundesliga. The past year in particular showed a positive development for the Red Devils, led by coach Marco Antwerpen, FCK has developed from a relegation candidate to a promotion candidate. After 20 games played, the Palatinate side are in 6th place with 33 points, just three points behind the first promotion spot.

The 50-year-old has managed to give character to a qualitatively strong team since he took office in February 2021. The summer additions, “which have helped us to stabilise the squad”, have been decisive for this. Both attacker Daniel Hanslik, who was already on loan in the pre-season, and Mike Wunderlich and René Klingenburg have taken on leading roles.

The responsibility rests on several shoulders at FCK, especially when it comes to scoring goals. Hanslik is Lautern’s most dangerous player with just five goals, but eleven other players have scored alongside him. “Because we perhaps don’t have that one top goal scorer, our offensive game is not so easy to calculate compared to others,” Antwerpen sees no disadvantage in the supposedly harmless offensive.

However, should FCK be without one of their key players in attack for a longer period of time, the current squad does not really provide an adequate replacement. “A potential newcomer must fulfil a certain requirement profile, he must fit into our team in terms of character, he must fit into the tactics. And he must guarantee us goals,” Antwerpen gives an insight into the difficult personnel planning.

Meanwhile, Antwerpen is still keeping his own plans a secret, as his contract at the Betzenberg expires in the summer. “That is not necessarily my topic at the moment, more that of the club.” Antwerpen is much more concerned with the remaining 18 games, the first of which takes place on Saturday against direct rivals Meppen.

“Have to be back immediately “

Anticipating SVM, Antwerpen is hoping for a better start than at the beginning of the season – FCK picked up just four points in their first four games. “We can’t afford that now, we have to be back immediately,” knows Antwerpen, who has to “quickly get back into the routines and automatisms” with his team. In the meantime, a possible promotion is not yet an issue, neither for Antwerpen nor for the players.