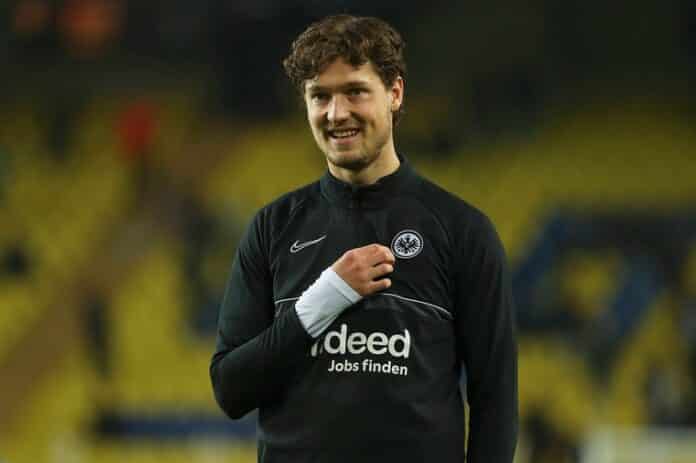 Sam Lammers had an energetic start at Eintracht Frankfurt with two goals from his first three games, but has not been featured in the piece lately. Also on Saturday, against FSV Mainz 05, the Dutchman remained on the bench for the entire match. Brian Brobbey also had another disappointing Saturday at RB Leipzig.

Lammers made the switch from PSV to Atalanta Bergamo last year and after a first season in Italy, in which he had only started in one league game, he was hired out to Frankfurt. The striker hoped to regain the good feeling in Germany and he certainly succeeded in his first matches. For now, however, it has remained with the two goals he scored in September.

The situation in which Lammers currently finds himself is worrying. The striker has only been allowed to participate for three minutes in the last seven competition matches in Frankfurt (including Saturday’s game with Mainz). With a 5-2 lead, he came in just before the end of the game against Bayer Leverkusen. Coach Oliver Glasner simply does not seem to have confidence in Lammers and according to the Frankfurter Neue Presse , the club is looking for a new striker for January.

Against Mainz, Lammers saw how Jesper Lindstrøm became the match winner. The Dane was put in front of an empty goal by teammate Rafael Borre and made no mistake from close range (1-0). In the second half, Jean-Paul Boëtius came in at Mainz, but he couldn’t prevent a defeat for his team. Jeremiah St. Juste is not yet on the side of Mainz due to a shoulder injury; he hopes to be able to join again shortly after the winter break .

At Leipzig Brobbey is used to starting on the bench. The striker was only on the starting line for one league match this season ( and was then already substituted before half-time ) and the former Ajax player again did not appear at the kick-off against Arminia Bielefeld. Coach Domenico Todesco once again allowed Brobbey only a short substitute. Remarkable, since Leipzig already had to chase after the goal of Janni-Luca Serra in the 57th minute.

A direct red card to Arminia forward Fabian Klos after a hard foul on Willi Orban made a comeback for Brobbey even more likely. Not long after the visitors had ended up with ten men, however, they made it 0-2: Masaya Okugawa scored in the short corner after a sloppy defense from Leipzig. In the hunt for a comeback, Todesco still saw no reason to bring Brobbey: only in the 87th minute was the striker allowed to take off his training jacket. However, when the match was already over, Brobbeys compatriot Solomon Bonnah also saw, who remained on the bench at Leipzig for the entire match.

Joshua Brenet and Melayro Bogarde are on the payroll at 1899 Hoffenheim, but have not played a minute in the Bundesliga this season and were also not in the match selection for the game against Borussia Mönchengladbach. They saw that Gladbach finally seemed to take three points again after four defeats in a row. Breel Embolo gave the visitors the lead ten minutes before half-time and this 0-1 remained on the board until just before the end. However, Hoffenheim came alongside in injury time: Kevin Akpoguma saved a point for his team with a shot from close range.

Jetro Willems (Greuther Fürth) and Jeffrey Gouweleeuw (FC Augsburg) faced each other on Saturday at Sportpark Ronhof, where Greuther Fürth recorded his first win of the season against Union Berlin last week . Now, the last player took a run, as no goals were scored in a game in which not much happened. For Greuther Fürth, where Nick Viergever has not been there for a while due to a torn ankle ligament, this meant the fifth point of the season.

Sheraldo Becker was in the base at Union Berlin and participated for more than an hour against VfL Bochum. The attacker left the field with a 0-1 lead, which was taken after fifteen minutes by a goal by Max Kruse. After Grischa Promel had put the ball back with his head, Kruse made a great hit. Bochum had no answer to this and so the points went to the capital. Union Berlin is now seriously aiming for a place in the top four of the Bundesliga ranking.