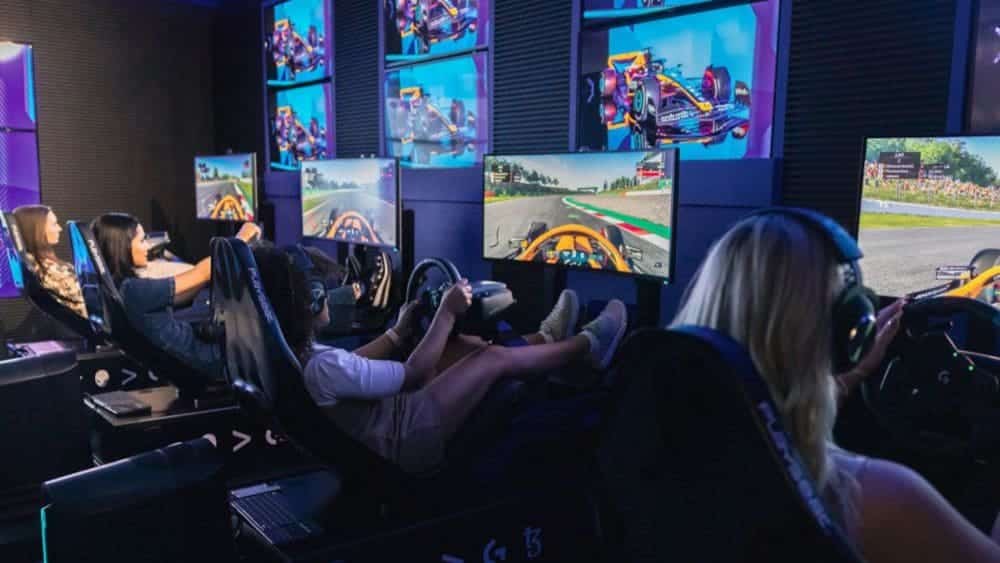 Formula 1 wants to make it easier for women to enter sim racing. A wildcard for the F1 Pro Championship selection event is now being awarded via a closed process.

Formula 1 is still dominated by men. As part of the WeRaceAsOne campaign, the premier class of racing wants to make the series more diverse. Entry opportunities for women, People of Colour and people from the LGBTIQA spectrum are to be simplified.

This promise also applies to in-house eSports. That’s why Formula 1 is awarding a “Women’s Wildcard” for the team selection event – the F1 Esports Exhibition – at the start of the upcoming Pro Championship racing series.

To raise awareness of the opportunity for women to participate, Formula 1 held an “Experience Day” on 12 May. In the legendary halls of the McLaren Technology Centre, British Sky F1 reporter Natalie Pinkham gathered female F1 content creators as host.

The latter were not only able to diligently collect “hot laps” and submit them for the event, but at the same time provide their female followers with information about the wildcard. McLaren eSport Director Lindsey Eckhouse spoke of the Women’s Wildcard as a “fantastic event” that “highlights McLaren Racing’s efforts to promote diversity, equality and inclusion. “

Hot laps can now be submitted

From 17 May, girls and women aged 16 and over can submit their best lap driven in F1 2021 at the Silverstone circuit to f1.esports.com until 23 May. The fastest will go up against the best F1 sim racers in the world as part of the F1 Esports Exhibition event. From this pool and last year’s Pro Championship drivers, the F1 eSports teams will choose their male and female drivers for the 2022 season.

With the Women’s Wildcard, Formula 1 does not want to separate men from women. Two-time W Series champion Jamie Chadwick said of the event, first held in 2021, “If you can see it, you can be it”, highlighting the importance of visibility. Only when women are visible in sports, she said, does it inspire others to follow suit.

While anyone could participate in F1 2021 via traditional qualifying, women are still underrepresented in sim racing. Formula 1 hopes to motivate more “female racers” to get into sim racing through this special, encapsulated platform.