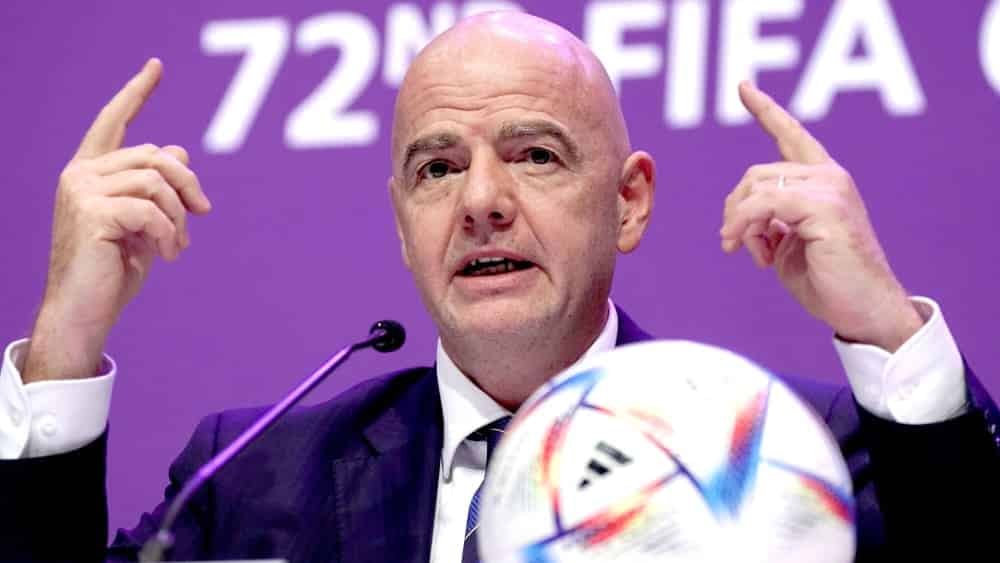 The Iranian women’s rights movement “Open Stadiums” has called on FIFA to exclude Iran from the World Cup in Qatar, citing two articles in the world governing body’s statutes.

“Why should FIFA give the Iranian state and its representatives a global stage?” reads a personal open letter to FIFA President Gianni Infantino. “Open Stadiums” has been demanding free and unhindered access for women to football stadiums in Iran for years.

The background is the incidents surrounding the death of 22-year-old Mahsa Amini. The morality police in Iran had arrested her because of her allegedly “un-Islamic outfit”. What exactly happened to Amini after her arrest is unclear. The young woman had fallen into a coma and died in a hospital on 16 September. Since then, people across the country have been demonstrating against the government’s repressive course.

“This state not only refuses to respect fundamental rights and human dignity. It tortures and kills its own people,” the letter from the women’s rights movement continues: “Where are the principles of the FIFA statutes in this regard? We call on FIFA to immediately exclude Iran from the 2022 World Cup in Qatar. “

The women’s rights movement invokes Articles 3 and 4 of the FIFA Statutes. Article 3 “Human Rights” states that “FIFA is committed to the observance of all internationally recognised human rights and is committed to the protection of these rights. “

Article 4 is entitled: “Non-discrimination, equality and neutrality” and reads, inter alia, as follows: “Any discrimination against any country, individual or group of individuals on the grounds of colour, ethnic, national or social origin, sex, disability, language, religion, political or other opinion, property, birth or other status, sexual orientation or any other ground shall be prohibited under penalty of suspension or expulsion.”

The article also contains the passage that FIFA is politically and religiously neutral. However, it also states: “Exceptions are possible in matters that are connected with the statutory purpose of FIFA. A question from “Sportschau” to FIFA about its position on Iran remained unanswered on Thursday.

Most recently, Leverkusen’s Iranian international Sardar Azmoun had also taken a clear stand and spoken out in favour of women’s rights in his home country. This puts his participation in the tournament at risk. Iran will face the USA, England and Wales in the preliminary round group B. The first match is on 21 November. The first match is against England on 21 November.