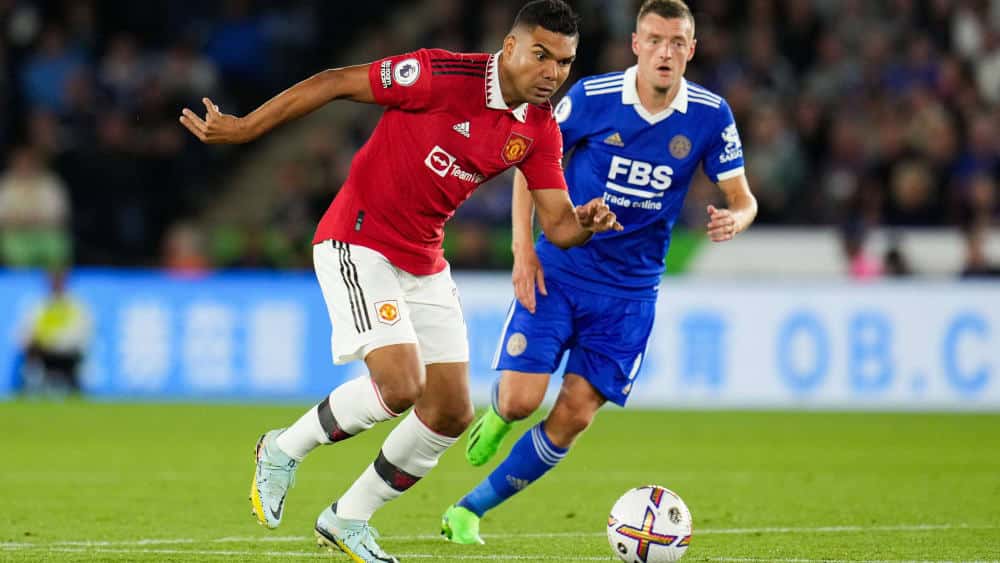 A strengthened Manchester United could make a real impact at city rivals and champions City. Much will depend on new signing Casemiro

One of the main reasons why Lionel Messi has rarely been able to emerge as a big match-winner in his recent clasicos at Barcelona has had eight letters: Casemiro. Hardly anyone knows how to clean up the areas in front of the defence and take pressure off the back four like the five-time Champions League winner, who made the move from Real Madrid to the island quite surprisingly.


That’s what his new coach Erik ten Hag is likely to want from the 30-year-old Brazilian on Sunday afternoon, who will almost certainly make his Premier League starting debut in the Manchester derby. And with the coach facing the dilemma of either putting co-clearer Scott McTominay alongside Casemiro, but then breaking up the attacking midfield of the successful past few weeks with Christian Eriksen and Bruno Fernandes, Casemiro, who is likely to be the lone six, could have a big task ahead of him.

A task that doesn’t just have seven letters. After all, the Skyblues are not only made up of goal machine Erling Haaland, against whom Casemiro will probably rarely play directly. They often defeat their opponents through overwhelming dominance in midfield, where Kevin De Bruyne, Bernardo Silva or Ilkay Gündogan can play everything and everyone against the wall. Casemiro will be expected to stop just that time and again, in order to also initiate dangerous counterattacks.

Maguire out – Rashford likely to miss out

The much-improved defence – now mostly without captain Harry Maguire – has been arguably the biggest factor recently in the Red Devils winning all of their last four league games. Two 1-0 victories were among them (against Southampton and Leicester), three goals only came against league leaders Arsenal – a ball-dominant, advancing opponent who subsequently allowed themselves to be outplayed. This is where Casemiro comes in. And actually also counter-attacker Marcus Rashford (two goals against Arsenal), who will most likely be absent against City.