Without George: Clippers miss the play-offs 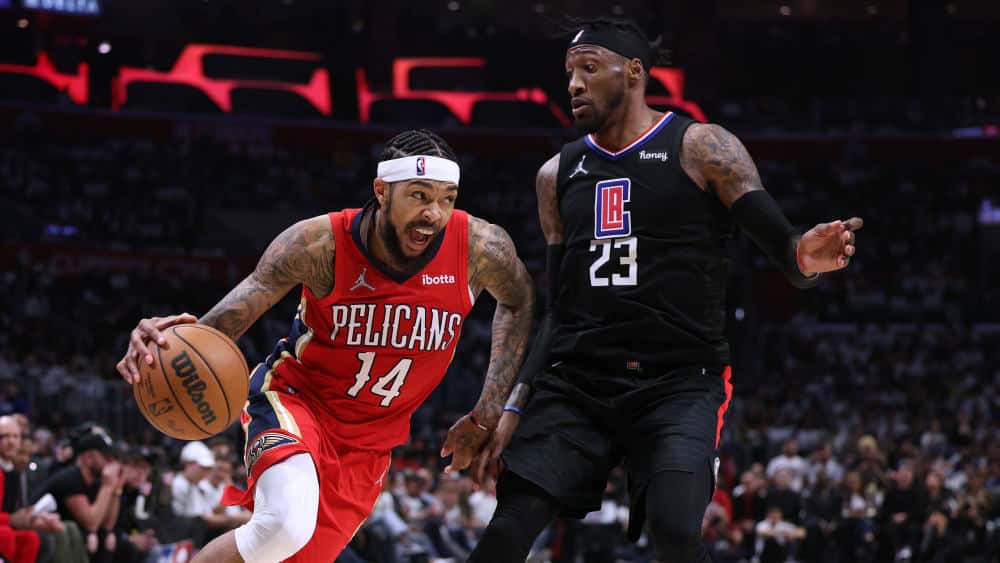 In front of their own crowd, the Los Angeles Clippers missed the last exit for the play-offs. The Atlanta Hawks celebrated Trae Young.

In what is being called the West play-in game, the Clippers lost 101-105 at home to the New Orleans Pelicans on Friday (local time). In the absence of Paul George, who had to go to the league’s Corona Protocol with a suspected positive test, Reggie Jackson and Marcus Morris were the best scorers for Los Angeles with 27 points.

George has already missed more than 50 games this season, Kawhi Leonard (cruciate ligament tear) even missed completely. Brandon Ingram scored 30 points for the Pelicans – they will face top team Phoenix Suns in the first play-off round.

In the Eastern Conference, the Atlanta Hawks have secured the last spot in the postseason. Led by Trae Young (38 points, nine rebounds), they defeated the Cleveland Cavaliers 107-101 and will face the Miami Heat in their play-off opener. However, Atlanta is threatened by the loss of Clint Capela, who had to leave the game due to a knee injury.