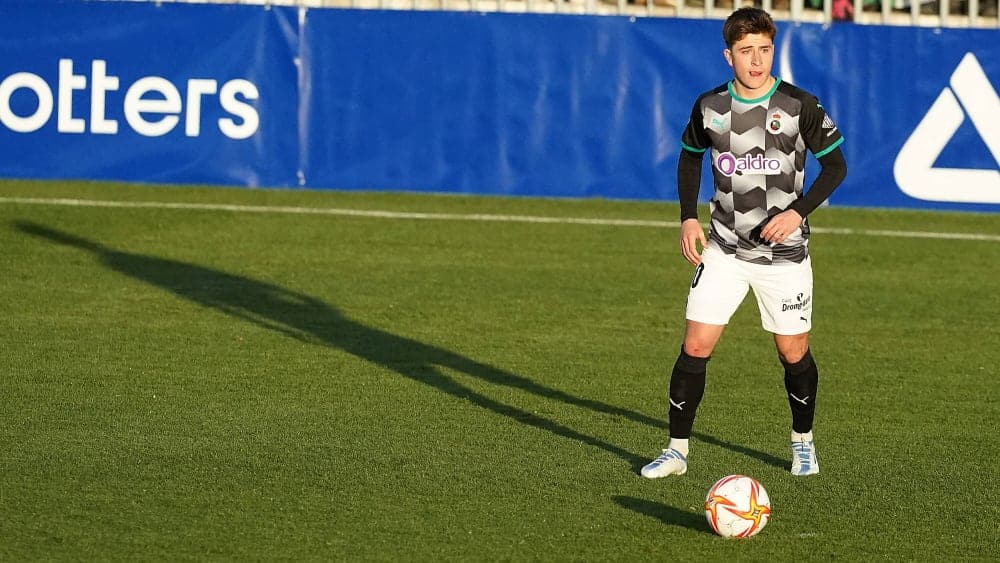 From the 3. Liga directly to the Camp Nou: FC Barcelona have secured the services of Pablo Torre (19).

The Catalans announced on Wednesday that Torre has signed a contract with FC Barcelona until 2026. Previously, Barça had made intensive efforts to sign the 19-year-old attacker, according to several reports.

Just how convinced Catalonia are of the talent of the U-19 international is shown by the exit clause: a club must pay 100 million euros to buy the talent, who is hardly known outside Spain, out of his new contract.

“Xavi and Iniesta were the heroes of my childhood,” Torre, who will now be coached by one of his idols, is quoted as saying in the official club statement. “I promise to give everything for this team.” According to “Marca”, Barcelona will transfer five million euros to Torre’s previous club Racing Santander. Due to certain bonuses, the sum can still grow up to 20 million.

The attacking midfielder now faces a huge leap: last season, Torre only played in Spain’s third-highest division at Santander, but with 19 direct goal contributions in 31 league games, he was a big factor in the former first division club’s promotion to LaLiga2. Now the talent is about to take a few more steps.