HomeFootballWho should be more afraid? Arsenal in the check
FootballFootball News

Who should be more afraid? Arsenal in the check 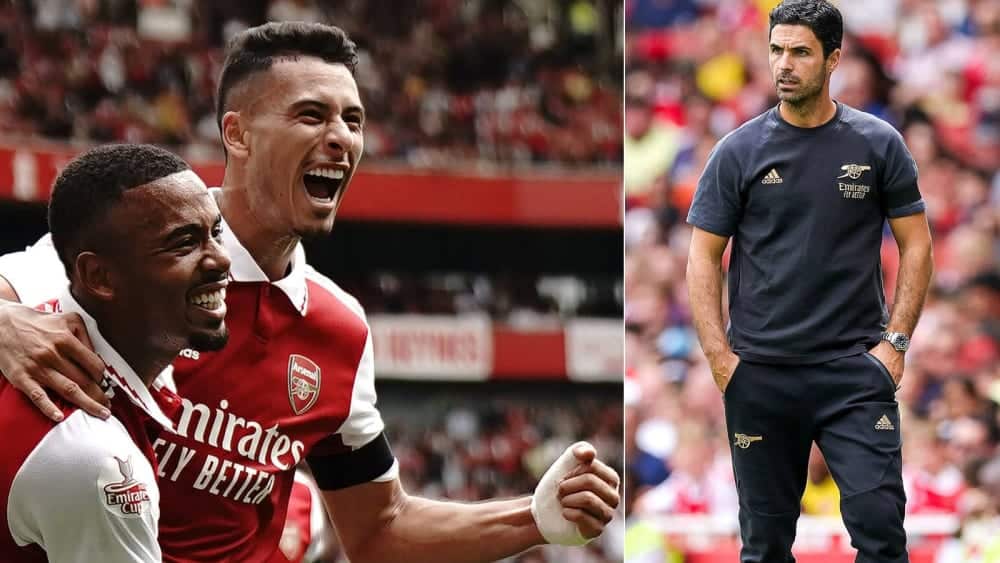 Arsenal have had nothing to do with the championship for a long time, and this preparation should not change that. Right?

The climax, last Saturday in the Emirates Cup, finally came in a way that requires a bit more explanation than “it’s just preparation”. Arsenal FC dismantled Spanish top team FC Sevilla 6-0 and have their own fans dreaming of being a top (English) team again themselves. Can the Gunners do that?

How did the transfer window go?

You would think that Gabriel Jesus has already justified his €50 million transfer fee more than record transfer Nicolas Pepé ever did with his €80 million. Seven goals in five test matches are a statement and vehemently suggest that Arsenal have not only once again dug deep into their pockets, but have also done so quite intelligently this time.

Besides Gabriel Jesus, coach Mikel Arteta has also poached the versatile Oleksandr Zinchenko from his former teacher Pep Guardiola (35 million). Both will not only be instant helpers, but are also very likely to make Arsenal better overall. In addition, Fabio Vieira (FC Porto, 40 million), who may still have to get used to the Premier League but already has a lot of quality, and the 19-year-old talent Marquinhos (FC Sao Paulo, 3.5 million) are further attackers who can strengthen the squad in terms of penetrating power.

The only player the Gunners have really “lost” – also in the attacking department – is Alexandre Lacazette (on loan back to Lyon), whose goal contributions have long since been forgotten by Gabriel Jesus, Bukayo Saka and Gabriel Martinelli.

What gives hope, what gives worry?

Hope, of course, comes from the preparation. Starting with five goals at 1. FC Nürnberg, ending with a 4-0 against Chelsea and the 6-0 against Sevilla. The departures of Pierre-Emerick Aubameyang and Lacazette seem to be more than compensated for, plus the goals are now spread across several players. Arsenal’s attack – around new captain Martin Ödegaard – is really good.

The worry, meanwhile, is not so much the apparently improved Gunners themselves, but rather the competition. And their quality. If Arsenal can at least keep up with Chelsea, Tottenham or even Manchester United offensively, it would be presumptuous, despite an optimised defence, to look beyond fourth place in this aspect, which should probably be the stated goal of the season. Defensively, City, Liverpool and Chelsea are still ahead of the north Londoners. Possibly well ahead.

Arsenal’s improvement. Arsenal’s problem: their immediate rivals Tottenham and ManUnited have also done the same this transfer summer – the Red Devils primarily in the coaching position.

The championship will once again be decided between ManCity and Liverpool, and the title remains out of reach for the Gunners for the time being, who cannot be expected to maintain such consistency over 38 matchdays. The midfield centre around Granit Xhaka or Thomas Partey is also still too weak. However, a Champions League place, which Arteta and Co. will not only gladly tackle but should definitely achieve again, will also become a challenge.

However, with Spurs, United and even a squad-unfinished Chelsea also this one tier behind the top duo, all options are open to Arsenal between third and sixth place. The outcome will be determined by the answer to the question of who should be more afraid of this great preparation: the competition or the Gunners themselves, who could again rob themselves of many chances early on by starting the season too euphorically and without concentration.

What about the defence, though? There were no big reinforcements in the transfer market for this part of the team, even though Zinchenko can nominally play left-back and will probably do so for the time being. With the loan return of William Saliba (21, most recently with Marseille), however, last year’s fifth-placed team will get a new man who, together with the Brazilian Gabriel, will in all likelihood form the core central defence. Ben White, who was worth over 50 million euros to Arsenal last summer, moves to the right.