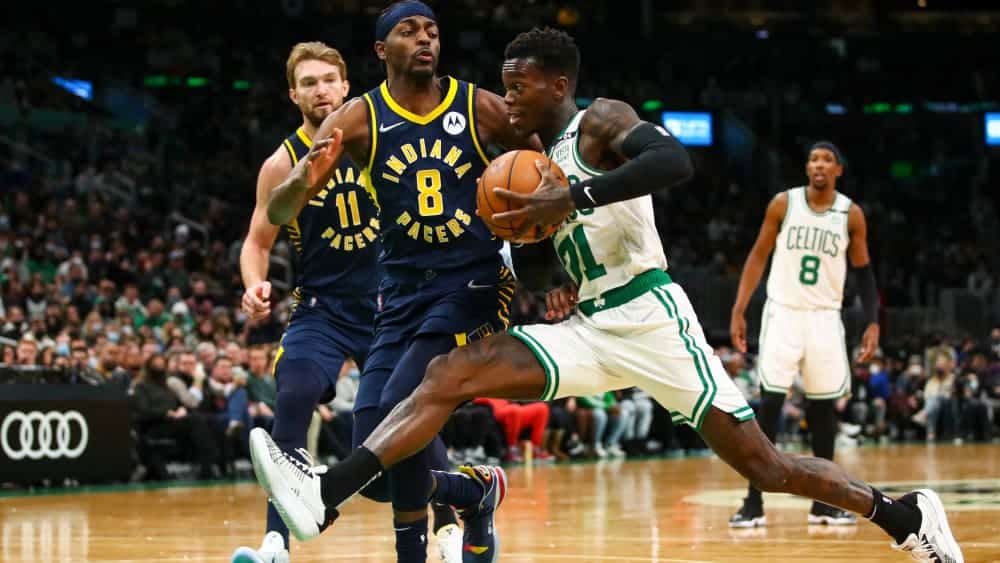 Despite a very weak performance, Dennis Schröder and his Boston Celtics won a game they almost thought they had lost.


The Celtics rallied for a 101-98 overtime win over the Indiana Pacers on Monday night (local time) after leading for much of the game but falling behind by two points with 6.2 seconds remaining in regulation. Jayson Tatum scored the equaliser and recorded a total of 24 points, while top scorer Jaylen Brown scored 26 points for the Celtics.

Schröder again did not have a successful evening, did not hit a shot from the field, his five points all came from the free-throw line. The 28-year-old has only scored in double figures three times in the past eight games, including six points against the New York Knicks on Sunday. Boston (20-21) is eighth in the East.

Meanwhile, national team mate Daniel Theis lost 91-111 to the Philadelphia 76ers with the Houston Rockets. Theis started from the beginning and scored 12 points, four rebounds and one assist in the Texans’ 31st loss of the season, which is one more than the Detroit Pistons. The team surprisingly won 126-116 against the Utah Jazz.