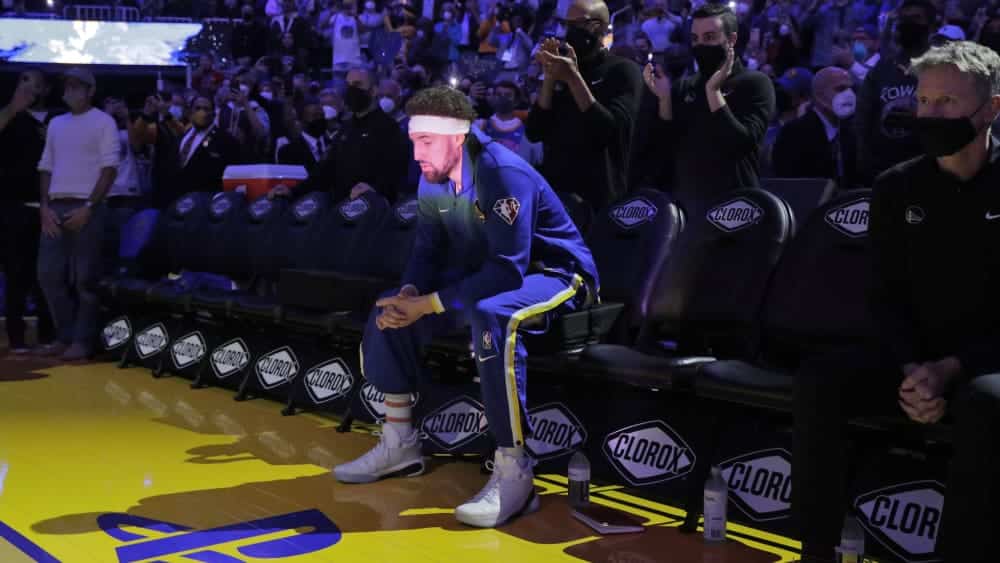 Basketball star Klay Thompson celebrated an emotional and successful comeback for the Golden State Warriors after more than two and a half years of injury. Things also went well for Maxi Kleber.

He paused for a moment and finally entered the parquet to thunderous applause: Klay Thompson celebrated an emotional comeback on Monday night. Together with his “Splash Brother” Stephen Curry, he led the Golden State Warriors to their 30th victory of the season.


In the NBA title contender’s 96-82 win over the Cleveland Cavaliers, Thompson finished with 17 points and several strong actions. The 31-year-old last appeared on the court in the 2019 NBA Finals, where he tore a cruciate ligament in his left knee in game six against the Toronto Raptors. During rehab, he tore his Achilles tendon in November 2020. Now, in his comeback, he broke the sound barrier of 12,000 points in the NBA.

For the Warriors the success was win number 30 of the season, only the Phoenix Suns have that many. The best scorer in the game was Curry with 29 points.

First, the Dallas Mavericks ended the Chicago Bulls’ nine-game winning streak and extended their own to six games. In the 113-99 win, leader Luka Doncic, who has been missing frequently with injuries of late, posted his first triple double since late November, recording 22 points, 14 rebounds and 14 assists. National player Maxi Kleber scored a season-best 18 points, four rebounds and two assists. He also set his personal NBA record of six threes (on nine attempts).

The Orlando Magic, on the other hand, suffered their 34th loss of the season against the Washington Wizards and remain the worst team in the NBA. Franz Wagner finished with 16 points, six rebounds and one assist, while his brother Moritz Wagner scored two points, three rebounds and one assist in just under four minutes.