HomeBasketballVictory against Kaunas: Bayern are back on track
BasketballBasketball NewsNBANBA News

Victory against Kaunas: Bayern are back on track 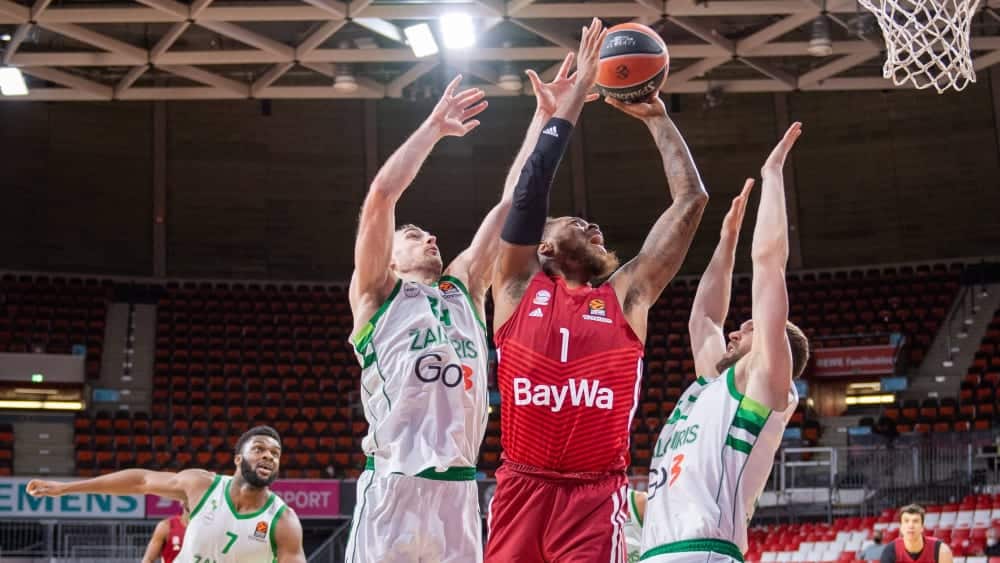 After Sunday’s defeat against Chemnitz, the Bayern basketball team came through unscathed on Tuesday night in their first outing of the Euroleague second leg against Lithuanian series champion Zalgiris.

The Bundesliga club won 74-65 (34-33) against top Lithuanian club Zalgiris Kaunas on Tuesday after previously losing three games and is just behind the ranks that guarantee play-off participation with a record of 8-10 wins. Munich’s best scorer was Ognjen Jaramaz with 16 points.

After an even first quarter (16:15), the guests around national player Niels Giffey initially had control of the game after a 9:0 run (19:26/14th minute). But coach Andrea Trinchieri’s team quickly got back into the match and already led by one point at the break.

The Bavarians were also better after the change of ends. Especially with successful distance shots by national team player Andreas Obst, Vladimir Lucic or the strong playing Serb Jaramaz, the Munich team extended their lead (72:58/35). Even though Kaunas was able to close the gap slightly, the eighth Euroleague win of the season was perfect.

Already on Thursday (20:30/Magentasport), the basketball royal league continues against AS Monaco.

Before that, the Hamburg Towers made their mark in the Eurocup with a clear 94-74 victory over Türk Telekom Ankara. The outstanding man here was playmaker Caleb Homesley, who contributed a whopping 29 points to the victory. Ray McCallum shone with 21 points.