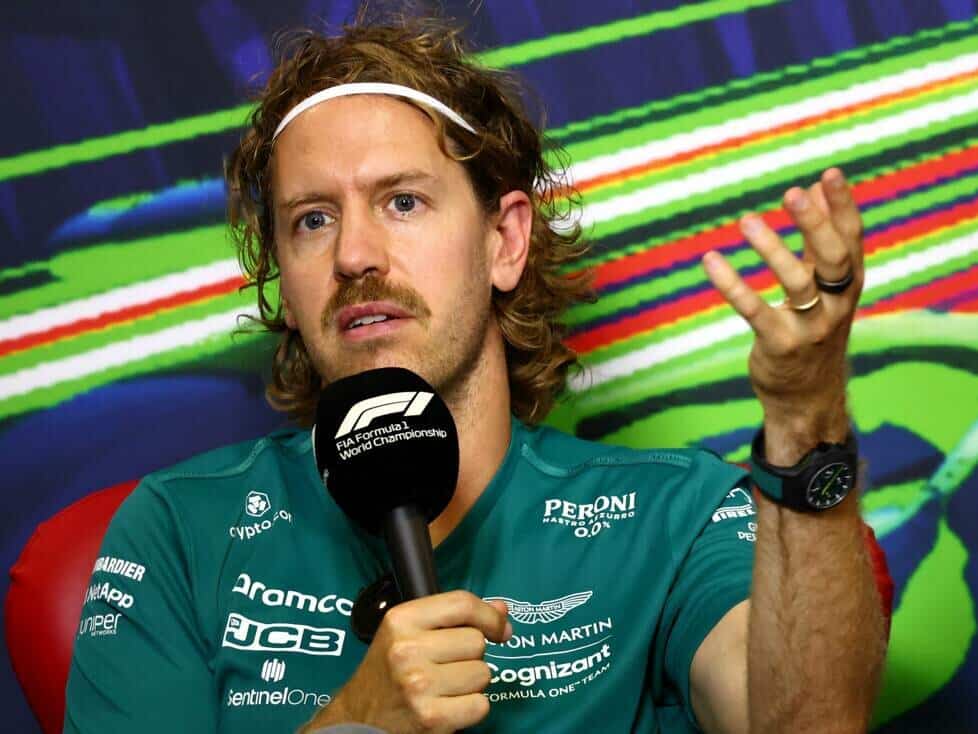 “Part of the truth, of course, is that I’m not racing at the front anymore.” Sebastian Vettel makes no secret of the fact that he might not have retired yet if he were still fighting for world championship titles in Formula 1. But the real reasons for hanging up his career at the end of the 2022 season are different.

It doesn’t help him “to tell myself that there is nothing greater than tuning a Formula One racing car properly,” says Vettel in an interview with the weekly newspaper ‘Die Zeit’. Accordingly, as someone who has already won four world championship titles, he finds it difficult to motivate himself for results like 2022.

As a reminder: Vettel’s best results in 14 races so far were a sixth and two eighth places. That’s largely down to the Aston Martin, as Vettel has scored four times as many points as his teammate Lance Stroll. But of course, self-doubt sets in at some point.

“I became aware of it two years ago,” admits the 35-year-old. “When things weren’t going well at all here at Aston Martin, I asked myself: can I still do my job? You don’t talk about such things as a professional, somehow it seems to be frowned upon. But what if it was? Personal weakness and thoughts about it are part of performance and also part of success. ”

Why the Aston years were also somehow positive

“At least for that realisation, the past two years have been gold for me. But it started when my kids were born, I just didn’t reflect on it that way back then. I don’t mean that in a negative way, but since then a part of my life no longer belongs to me, but to my children.”

Vettel has two daughters, born in 2014 and 2015, and a son, born in 2019. Since becoming a father, he has not won a world championship. To construct a causal link from this would be wrong; but Vettel admits that since the birth of his children he has found it harder to push beyond his limits.

“But that doesn’t mean that I want to be a kind of helicopter father in the future. I don’t have to look after my children every minute, nor should that be my only mission in life,” he says. “But I do feel the drive as a father to do everything in the sense that the children grow up to be a better version of both of us. Of my wife and of me. ”

Vettel: One who reflects self-critically

The Vettel of 2022 also stands out by being self-critical. When critics of his commitment to climate and environmental protection accuse him of being a hypocrite, he openly admits it. And when he is asked in an interview whether he would have continued if he had had an offer from a top team, he answers with astonishing honesty.

“I asked myself the same question. I can’t answer it 100 per cent for you because the option wasn’t there,” Vettel admits. “After all the self-doubt that came up in me, it was more important for me to realise that it’s okay to stop.” Even if he admits: “Of course it would be a great thing to go out as champion at the peak. ”

Summer 2020: How concrete was it with Red Bull?

Vettel probably had his last opportunity to join an absolute top team after all in July 2020,  An account that was vehemently denied at the time, but has since even been confirmed by team boss Christian Horner.

That the talks had “never really become serious”, but: “I know Christian, I know Helmut. Of course I had a conversation with them, and we had a short conversation about it.”

However, it never got to the point of very concrete negotiations. And Vettel decided otherwise at the time. Instead of hoping that Red Bull would kick Alexander Albon out, he signed with Aston Martin. “In retrospect, of course, you can always ask yourself what if. But I’m at peace with the decision,” says Vettel.

“We expected to be more competitive last year and also this year, but we were not. I am happy with how the team is developing and how we are working together. Driving in these positions is not exactly my dream, of course. But it’s a challenge that I’ve accepted and embraced. ”

Question from Tom Clarkson: Will Vettel be a Red Bull consultant?

But the contract with Aston Martin ends soon, and then Vettel will be a “free agent” again. He has ruled out a job as a TV pundit, but not that he could stay connected to Formula 1 in any way. Perhaps as an advisor to Red Bull? “I don’t know,” he waves it off. “Now I’m going to stop and not think about something like that yet.”

“If such an offer comes up, I will think about whether it appeals to me or not. I will see then,” says Vettel. “First of all, I’m looking forward to having more time for other things and seeing my children more often. Then we’ll wait and see whether I start to get bored after three months or three years. “