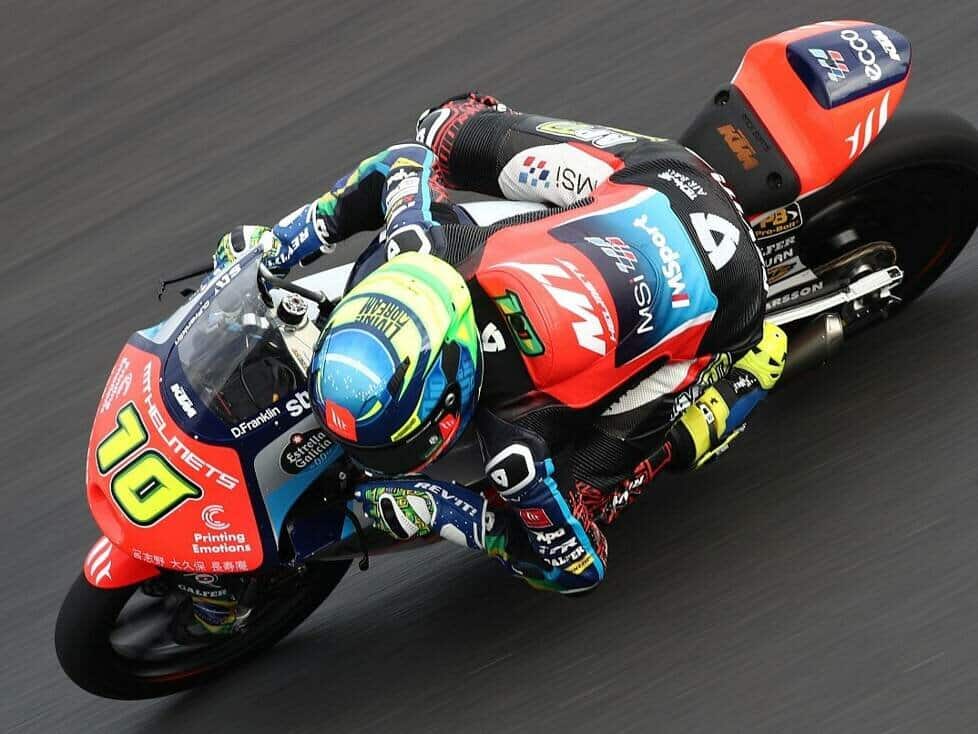 Diogo Moreira (KTM) finished the first and only Friday practice session at the Japanese Grand Prix with a fastest time. The rookie took the lead late on a dry track with a time of 1’57.252, relegating Dennis Foggia (Honda) and Ayumu Sasaki (Husqvarna) to second and third respectively.

Moreira’s time was just over a second off the track record set in 2016 on his first outing at the Twin Motegi Ring, and for many riders it is their first contact with the track, which has not been raced on since 2019.

Jaume Masia (KTM) initially led the timing for the first half of practice, but was then edged out by World Championship leader Izan Guevara (GasGas), who was the first to crack the 1’58” mark. A total of ten other riders managed to do the same in the final phase.

Moto3 championship leader @IzanGuevara28 flexes a 1:57.664 and leaps to the top of the timesheets JapaneseGP pic. twitter.com/Z31gOtA3rh

Guevara himself was unable to improve and dropped to seventh still behind the top 3, David Munoz (KTM), John McPhee (Husqvarna) and Tatsuki Suzuki (Honda).