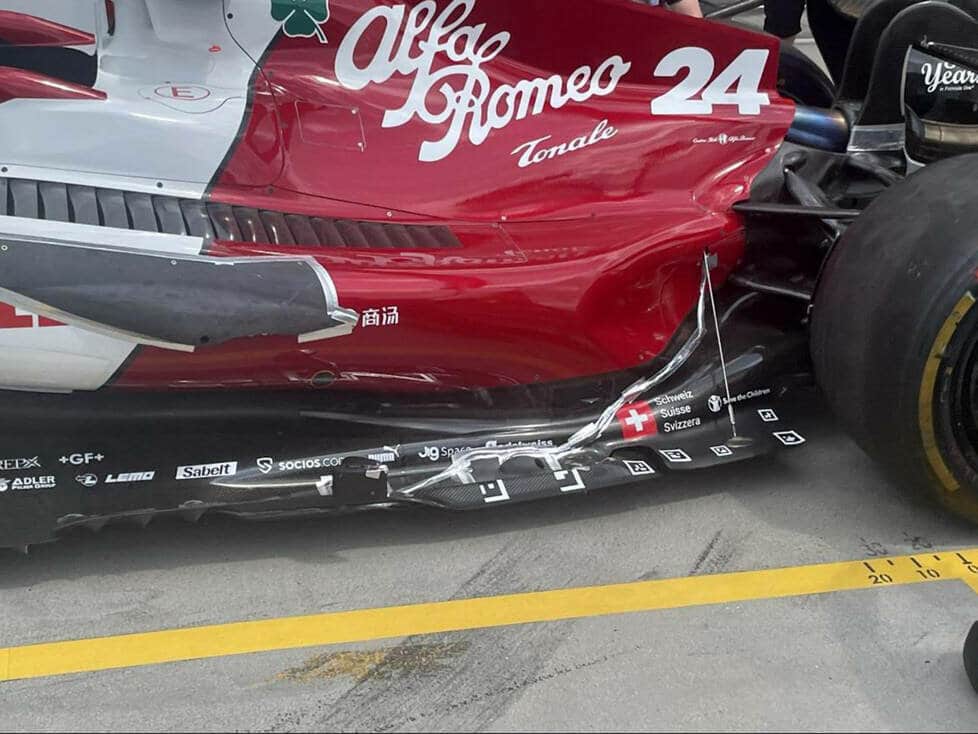 Valtteri Bottas praises Alfa Romeo’s new underbody, saying it should bring two tenths and could make the difference between Q2 and Q3

Will a new underbody get Valtteri Bottas and Alfa Romeo into Q3 in Hungary? The Finn was allowed to drive with a new configuration on his car in the second practice session in Budapest and it landed him in the top 10 in tenth place. “I feel like it’s a small step forward in terms of downforce and grip. That’s good,” Bottas said after Friday practice.

“It’s not a big step, it’s a small step in the right direction, but I only drove one session,” said Bottas, who handed over his cockpit to Robert Kubica in the first practice session. “So from my side there will be lap time for sure.”

He says the new upgrade comes with more downforce, but is also improved in the high-speed area. And he hopes it means Alfa Romeo has retained its strength in slow corners. “But I haven’t seen enough data yet to compare it to others with GPS. But it’s so super tight that it’s difficult to predict,” said the Finn.

At least the upgrade is working as expected, so Alfa Romeo should be “a few tenths” quicker than last time in France. “That will certainly help in the tight midfield,” he says. “Two tenths can decide whether you make it into Q3 or not. “

And even though Bottas was happy with the balance of the car, practice was not without its difficulties. Especially with the tyres, the Finn still had his problems: “I haven’t found the peak of the softest compound yet, which is something we’ve been doing all year,” he said.

“I had a similar grip in the first two flying laps, but I had a higher engine mode in the first lap. That’s not normal because you should clearly get the peak on the first lap,” Bottas said. “We need to look at the outlap and the approach. But maybe we don’t need slicks … “