HomeMotorsportsDespite P2: McLaren not a pole candidate according to Lando Norris
Motorsports

Despite P2: McLaren not a pole candidate according to Lando Norris 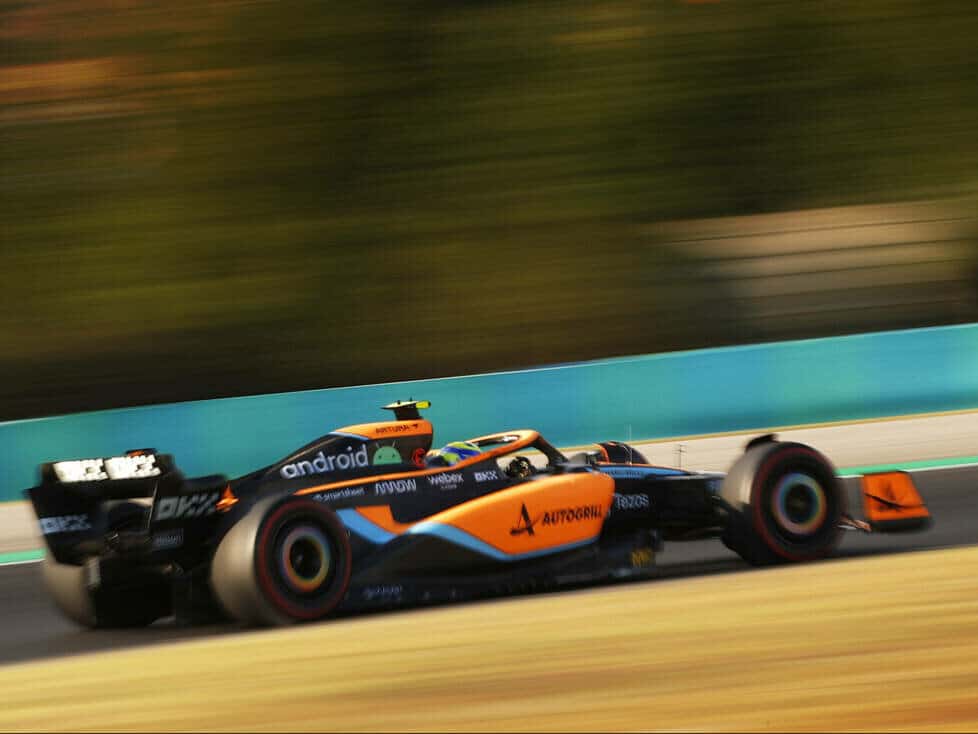 With second and fifth places, Friday practice went very well for McLaren in Hungary, but they are not a candidate for pole position, according to Lando Norris

Even though Lando Norris surprisingly finished Friday in Hungary in second place, the McLaren driver does not expect to be in contention for pole position for Saturday’s Formula One round at the Hungaroring. Norris was just 0.2127 seconds behind leader Charles Leclerc in the second practice session in Budapest.

But he said that was probably mainly down to the fact that McLaren were running with a slightly higher engine setting than their rivals on Friday. “It feels good and the car is in a good position,” Norris says, but when asked if he was a candidate for pole, he replies, “No.”

“The car seems to suit the track characteristics a bit better for sure, but in the second practice we are always a bit quicker than where we normally end up then,” says the Briton. “We turn it up a bit more to get a first feel for qualifying. And that’s what we got today. “

“But we also know that everyone else – and especially Ferrari, Red Bull and Mercedes – are going to step it up tomorrow.” Nevertheless, the car is “in a reasonable position” and “probably a bit better than at Paul Ricard”. That is also the goal for the weekend: To be better than in France, where Norris finished seventh in the race.

Team-mate Daniel Ricciardo also had a strong Friday, finishing fifth, 0.427 seconds behind Leclerc. He too is pleased with the competitive practice, but also rules out the fight for pole: “I don’t think we’re competitive enough for pole – sorry to the fans,” he says. “I’m not pessimistic, just realistic.”

At the same time, he says he has no reason to say they won’t be fighting for front positions on Saturday. “But it’s only been a week since Le Castellet and there’s not much you can do. Maybe the track suits us a bit more. I’m sure we made a step, but it probably wasn’t a big one.”

For Ricciardo, just making it into Q3 would actually be a success, as he has only managed it once in the past six races.