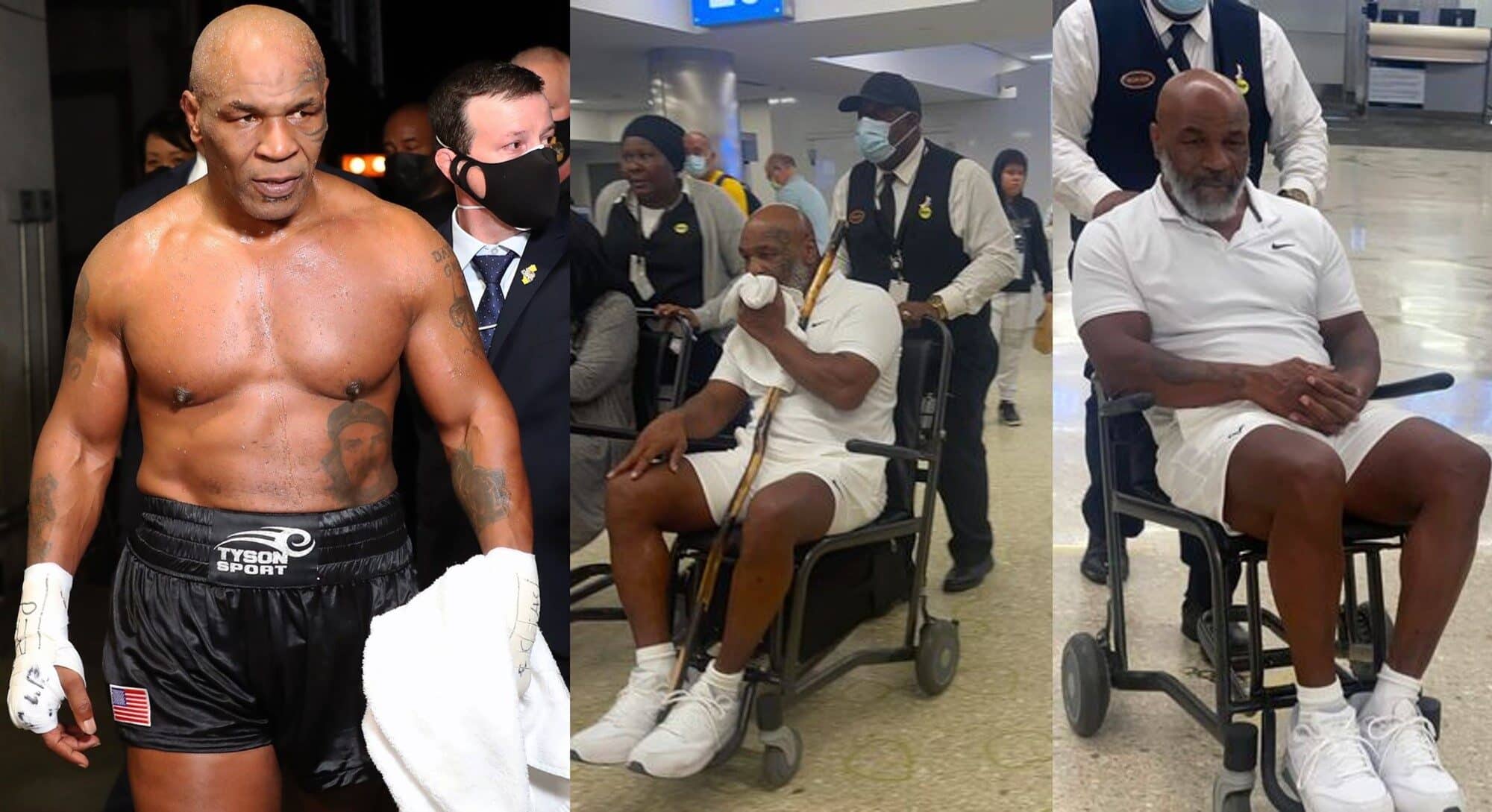 In August, boxing legend Mike Tyson shocked his fans with pictures of himself in a wheelchair. Now the 56-year-old clarifies the situation

Breathe a sigh of relief for Mike Tyson’s fans!

After pictures of the 56-year-old surfaced in August showing him in a wheelchair at Miami airport, concerns about his health quickly arose.

His statements around a month earlier on the “Hotboxin’ With Mike Tyson” podcast now appeared in a new light. At the time, the superstar let us look deep into his emotional world: “Of course we’re all going to die one day. When I look in the mirror, I see these little spots on my face and I say, wow. That’s my expiry date approaching. Very soon.”

Now, however, the former world heavyweight champion is giving the all-clear. In an interview with Newsmax TV, he explained that he suffers from sciatica from time to time, which always haunts him. “When it flares up, I can’t even speak,” he gave an insight into his ailment. These problems are said to be the consequences of his boxing career.

However, that was “the only health problem I have. Now I’m doing great,” he encouraged his fans.

In the past, Tyson had repeatedly drawn attention to himself with problems. However, he has put his cocaine and alcohol addiction as well as his personal problems behind him. A toad poison helped him, as he himself claimed in November last year.

In an interview with the New York Post, he confirmed that he had been taking this poison for four years and had smoked it more than 50 times during that time. “I died on my first trip,” he said, describing his first experience. After that, he said, he decided to live healthier and responsibly.

However, the Brooklyn man is still a devotee of cannabis. With a wink, he turned this passion into a business idea. In March this year, he and a business partner launched edibles with added cannabis extracts in ear form, alluding to his infamous 1997 world heavyweight title rematch.

Tyson bit off part of his rival Evander Holyfield’s ear in that fight, after which he was qualified. The action is considered one of the most scandalous moments in boxing history.