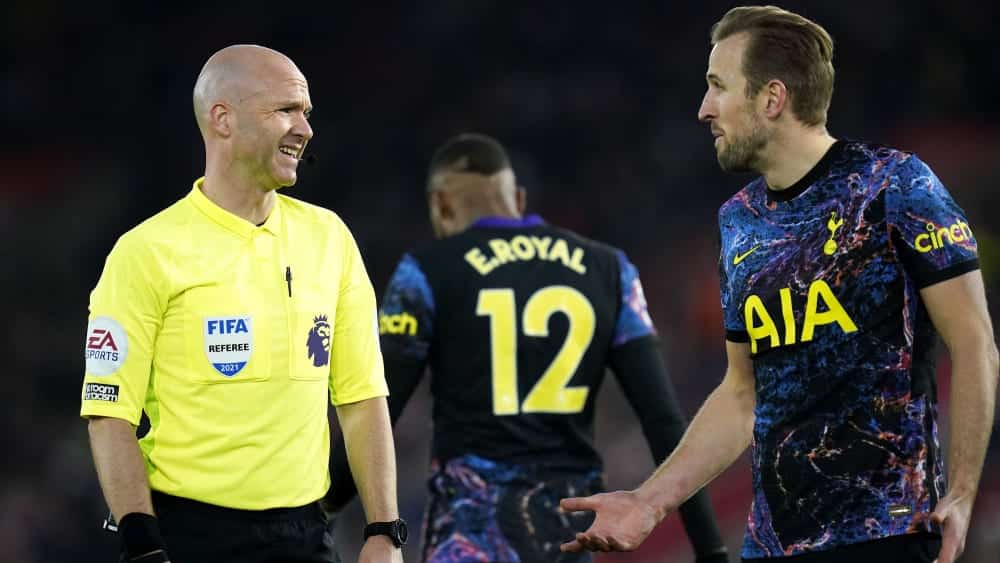 With fourth place in their sights, Tottenham dropped two points. In an intense away game at Southampton, Spurs held all the cards – but it wasn’t to be.

“Oh, when the Saints go marching in”, the crowd chanted – and the team marched too. Southampton surprised Tottenham with high intensity, and for long periods the game was relatively one-sided in the first period. Adam Armstrong missed the first good chance (6th), but after a throw-in Ward-Prowse scored later with a powerful 14-metre shot (25th).

The Spurs hardly appeared offensively for a long time. Kane (29th) and Son (35th) only countered this tendency after half an hour with long-range shots, before a scene shortly before the break changed everything: Salisu, who had already been cautioned, felled Son in the penalty area – yellow card for the Saints defender, 1-1 through penalty kick specialist Kane (41st).

Now the visitors, looking to catch up with the Champions League ranks, held all the aces. And with the exception of some phases, the superior number also made itself felt. However, Spurs were unlucky in front of goal: Kane’s low shot to make it 2-1 was conceded for minimal offside (53rd), and the own goal by Saints keeper Forster, who was pushed by Doherty, did not count either (67th).

Even though the home side rarely let themselves be pushed to the wall, they were no longer dangerous up front – the winning goal was only in the air on the other side. But mainly goalkeeper Forster – against Doherty (70.), Kane (82.), Lucas Moura (87.) and Bryan (90.+5) – threw himself in the way again and again. So that after a mistake by Dier, Southampton’s Broja almost made it 2-1 on the other side (90.+2).

While the Saints remain stuck in lower mid-table, Spurs failed to make up more ground on fourth-placed Arsenal. The city rivals are still five points away with two games left for Tottenham.