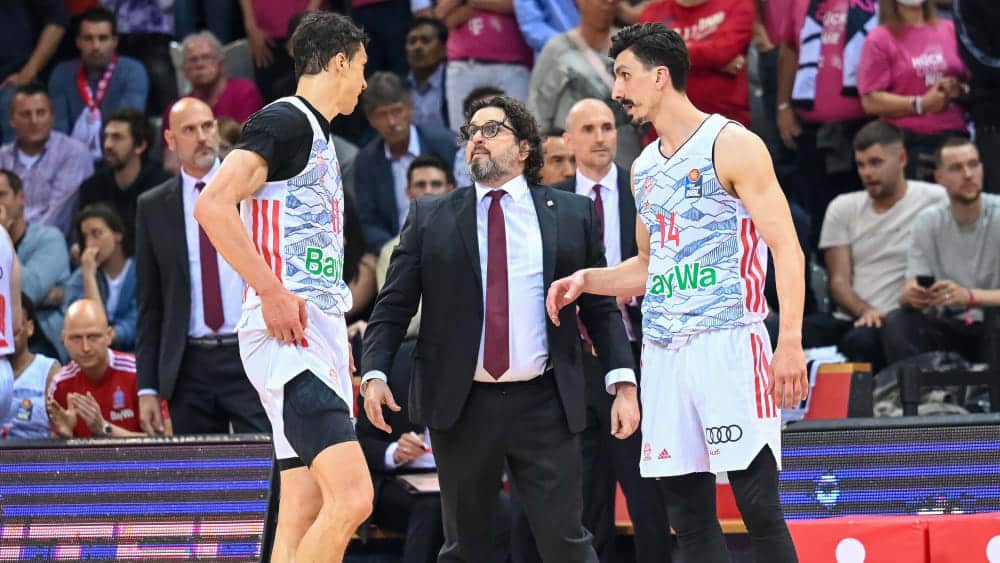 A clear victory was followed by a narrow one. Bayern Munich leave Bonn with the 2-0 lead they had hoped for. But all that glittered was not gold.

After the hard-fought victory in Bonn, Andrea Trinchieri was primarily pleased with the result. “I want to congratulate my players on a dirty victory,” said the FC Bayern coach with relief. An 82-81 (49-44) win at Telekom Baskets gave the Munich side a 2-0 lead in the BBL play-off semi-finals and they now have three match points, plus home advantage in the next two games.

“We didn’t shine, our performance wasn’t good,” the Italian continued, “but we did the things that were required to win a very difficult away game.” His team were “mentally flat”, Trinchieri explained, “as a result we allowed too much. “

Hunter puts the lid on it

Othello Hunter secured the win with a free throw three seconds before the end of the game. In the first semi-final home game on Saturday, Munich can already make the final perfect. The Bavarians had won the first duel 80:68 last Saturday.

“Now, of course, we are in a very difficult situation,” said Bonn’s head coach Tuomas Iisalo, the Finn annoyed: “This is very, very bitter. We had a little chance and we missed it in this game. “

Trinchieri praised the Bonners, saying their opponents played “great”. “We’re going home, we have a few days to regenerate and prepare. It won’t be easy because they are a good team.”

Nick Weiler-Babb stood out for the Munich team, who hit only 22 per cent of their three-point attempts, with 18 points, as did Andreas Obst with 17. Bonn’s best scorers were Jeremy Morgan (17) and Javontae Hawkins (16). MVP Parker Jackson-Cartwright sat out for an unusually long time due to foul problems and was also stuck with eleven points due to a weak shooting percentage.