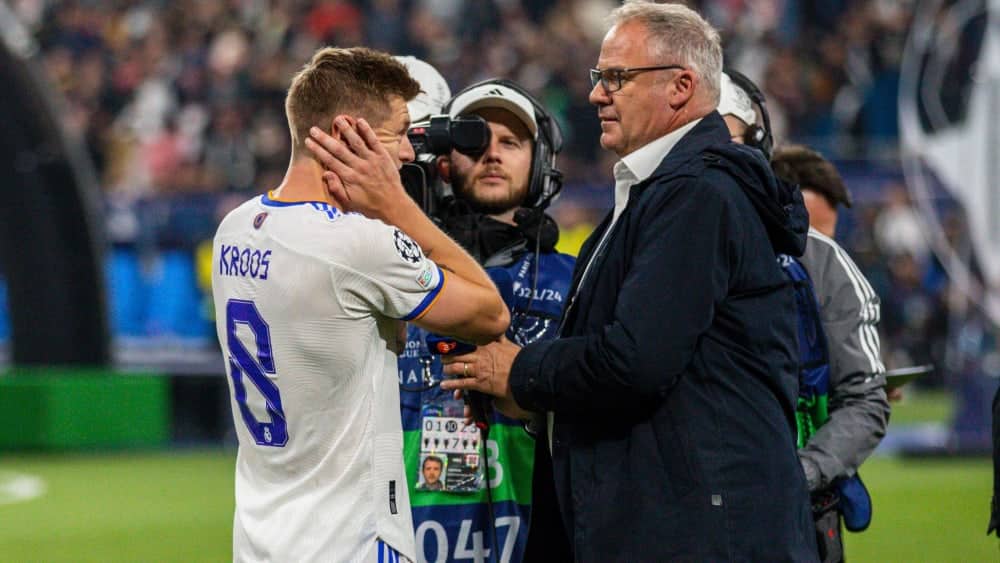 Even with some distance, Toni Kroos thinks his reaction in the ZDF interview was justified. He quickly rejected the idea of a discussion with Nils Kaben.


For Toni Kroos, the whole topic is actually only an “extremely small negative” and “very, very unimportant bracket” on a big evening of football. Nevertheless, the international has now spoken out again in detail about his aborted interview with ZDF reporter Nils Kaben after Real Madrid’s Champions League triumph on Saturday.

And Kroos continues to believe his reaction was justified. “I have to say that my opinion hasn’t changed – even without emotions,” he explained in his podcast “Einfach mal Luppen”. He said that Kaben had “ruined” the chance to conduct an emotionally charged interview shortly after the final whistle (“I don’t get that very often”) with his second and third questions. “I just couldn’t understand that. “

Kroos: “I am really the last person who doesn’t answer critical questions.


Kaben “subliminally” wanted to get him to concede an undeserved victory, Kroos accuses him. “And that the best thing I have to do is explain that Liverpool are a reasonably good team who can put us in trouble, which is perfectly clear anyway. I perceived that as a complete lack of empathy – a complete lack of tact from a man who has been doing this for a long time.”

This approach had not gone down well with him “at such an emotional moment”, although he was “really the last person” not to answer critical questions. You know that. I myself said later in the mixed zone after the final that I don’t think we were the better team in any of the knockout rounds,” Kroos said.

“And I certainly wouldn’t have stood up in the interview and said that we dominated Liverpool for 90 minutes because it just wasn’t the case. I don’t expect to be celebrated there for three minutes either. If I had wanted that, I would have walked past the reporter. 50 metres further on was the Real Madrid fan curve.”

Kaben, who was also backed by ZDF sports director Thomas Fuhrmann, admitted in “Der Spiegel” that he could have formulated the questions better, but at the same time criticised that “as a player, you shouldn’t behave like that”. Tipping a factual question about the course of the game into a personal matter in this way is not acceptable.

And Kaben’s “Spiegel” interview also left the now five-time Champions League winner unforgiving. He had even considered inviting the 54-year-old on his podcast, he said. “But then that thought went away pretty quickly when I saw that he’s also the first person to give an interview and then reinforce himself and say that as a player you shouldn’t behave like that.” If you wanted to get it out of the way, “you discuss it,” Kroos finds.

After all, that’s what Kaben offered in his interview: “I think Toni Kroos and I will exchange three sentences about it the next time we meet. And then it will be fine again. “

“He knows his situation”: No land in sight for Hazard at Real