Torn muscle: Pedri out for weeks 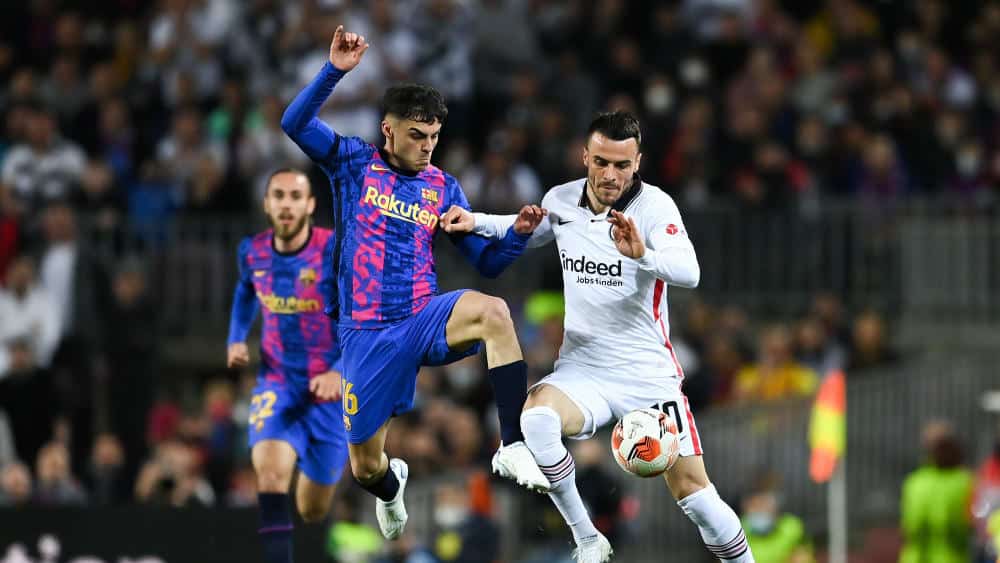 Pedri paid twice for his performance in the match against Eintracht Frankfurt: on top of his Europa League exit, the young FC Barcelona star also suffered a serious muscle injury.

Pedri suffered a torn left thigh muscle in the 3-2 home defeat to Eintracht Frankfurt and will not be able to play for some time. “He is out and his use depends on the development,” FC Barcelona announced on Friday. The 19-year-old was substituted after the first half of the match at Camp Nou. Frenkie de Jong came on in his place.

“Mundo Deportivo” expects Pedri to be unavailable for the Blaugrana’s remaining eight games this season, which ends on 22 May. The time out could thus last a good month and a half.

Comeback in the Selección?

This means the midfielder could possibly be available again for the Spanish national team when they play Nations League matches against Portugal (2.6.), the Czech Republic (5.6.) and Switzerland (9.6.) at the beginning of June.