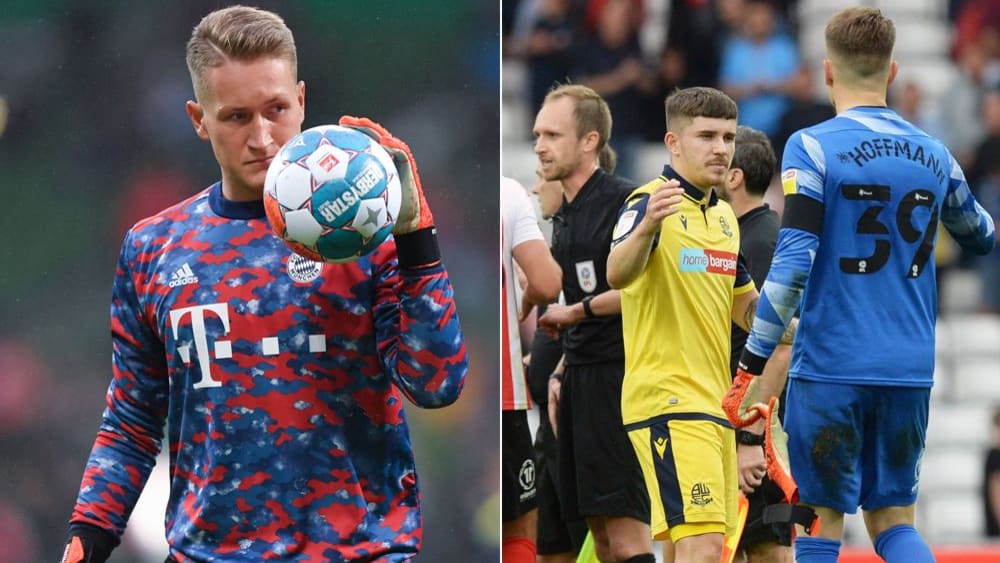 Changing clubs at the last minute? Ron-Thorben Hoffmann has experienced it. In his new kicker column, the ex-Munich player talks about virtual lawyers, but also about Netflix, beer – and a water polo fight.

Football is actually a fast, dynamic sport, that’s why I’ve loved it ever since I can remember. However, the football business can sometimes be just the opposite, namely tough and agonisingly slow. This becomes particularly obvious, but also paradoxical, when deadline day, i.e. the end of the transfer period, draws ever closer and hecticness combines with slowness to create a nerve-racking stalemate. And so, in retrospect, the first day of my “English adventure” was one of the most hectic and at the same time longest of my life.

I have been sitting mentally and literally on packed suitcases for two days. I love Bayern, but I want to play, and I want to play regularly and at a high level. Unfortunately, that’s not really possible in this constellation at FCB. So my advisor scouts the market, holds lots of talks and we draw up a transfer battle plan. The reality, however, can only be strategically planned to a limited extent, there are simply too many players and interests involved.

Sunderland in the lead: The current League One table

Hope and new opportunities alternate with burst deals. But one thing is becoming more and more concrete. On the island. At Sunderland. At the traditional club AFC. I’m really keen on that. Five times English champions, a crowd average of 33,000, big ambitions to march through from the third division into the Premier League. Plus: a rivalry with Newcastle that makes the 1860  vs FCB pairing a petting zoo.

At 4am the alarm clock rings

It looks good, even if there are still some details to be clarified. But those have to be sorted out too. And then the question: when do we fly over to do the medical check and sign the contract in time for the deadline, when there are only two planes leaving for the next airport in Newcastle that day?

Then everything seems clear: plane booked, get up at 4am, departure from Frankfurt at 6am. Everything works out – more or less. I land in Newcastle, but somehow my luggage doesn’t come with me. And it feels like the post-Brexit immigration formalities take half a transfer period. And all the Corona tests … but sure, it has to be done. The only thing is that the deal is still not quite done. Hopefully the trip wasn’t for nothing after all.

Remote for all it’s worth

Don’t think about it. Continue. I pass the check without any problems. Then it’s off to the stadium for a first interview and photo shoot. Only the contract is still not signed. We sit in a room with my advisor, and virtually we keep in touch with lawyers and managers. We’re trained in remoteness, because of Corona. And then, at 11.12 p.m.: Hallelujah, it’s done and I sign my contract with AFC Sunderland!

And after that, it’s fast forward. Dinner with the coach, getting to know the team and the first, incredibly intensive training sessions. After two days, my family arrives. And before I have to hand in my driver’s licence, my father promises to bring my car from Germany. That will make driving on the left almost a piece of cake.

“This is beer, not bubbly, this is English football, not Champions League. “

And then, as if painted: A day before my mum’s birthday, the top game against Accrington at our own stadium. First against second. The whole stadium sings and shakes. I’m in the starting eleven and it’s only now that I understand why this is real football, why every cliché is true. This isn’t the Netflix series “Sunderland till I die”, but that’s exactly why it was made. This is beer, not bubbly, this is English football and not Champions League, there are so many and such real emotions, and I know right at this moment: I did it right, I want to be right now and here and play, in this team, this stadium, with and for these people! And, oh yes, we win the game 2:1 and stay first!

But that, according to the cliché, the sun doesn’t always shine on “my” new island, indeed rain is quite a normal condition, was then shown a little later. Our game against Portsmouth was literally pure water polo, probably wouldn’t have even been kicked off in the Bundesliga and was lost. But that is also true: After a defeat, no matter how comically it comes about, you have to wipe your mouth and move on. We won the next two games.

Next time I’ll tell you about the fabulous Mr Henderson – and how two Bavarians in the north-east of England stick together.