This is how tennis legend Boris Becker is doing in prison 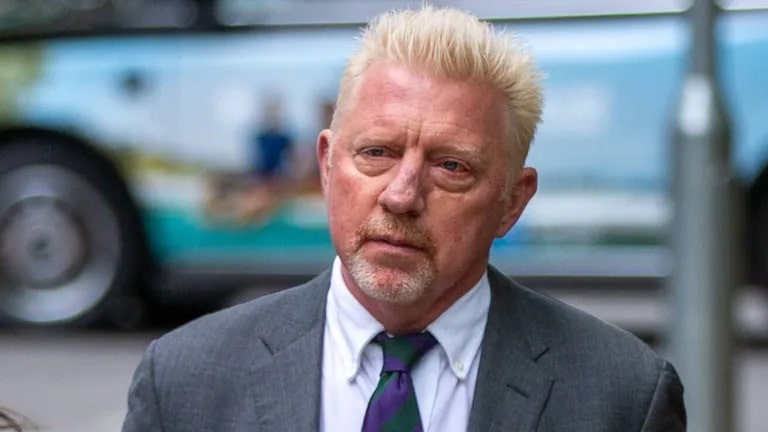 Boris Becker has been in prison for six months. Now his lawyer has spoken out about the condition of the tennis legend.

Around six months after entering prison, convicted tennis star Boris Becker is doing “well under the circumstances”, according to his lawyer. Becker is “fitting constructively into everyday prison life”, his German lawyer Christian-Oliver Moser told the Deutsche Presse-Agentur. His client could make phone calls and communicate with the outside world at any time.

Becker was sentenced to two and a half years in prison at London’s Southwark Crown Court on 29 April. He had concealed assets worth millions of pounds from his insolvency administrators.

Becker spent the first few weeks in Wandsworth Prison in south London, notorious for overcrowding, filth and violence. He was then transferred to Huntercombe Prison, about 70 kilometres from London, which falls under a lower security level. In the prison for men from abroad who have committed crimes, the inmates have greater freedom than under the high security conditions in Wandsworth.

According to the prison, about 480 men live there in single and shared cells. They are supposed to have the opportunity to further their education and to take part in sports. It is unknown whether Becker will make use of this. “Further details of his prison stay are subject to protected privacy,” the lawyer says.

It is also uncertain when Becker will be allowed to leave detention and how his life will continue afterwards. The judgement stated that the second half of the prison sentence – possibly 15 months – could probably be suspended.


“It is also currently unclear whether and, if so, when he will be deported to Germany,” Moser said. The British Home Office would not comment on the Becker case in early summer, but stated in general terms: “Any foreign national who is sentenced to imprisonment for a criminal offence will be eligible for deportation at the earliest opportunity. “