HomeSerie ARollercoaster ride in Tuscany: Inter have the last word in wild 4-3...
Serie A 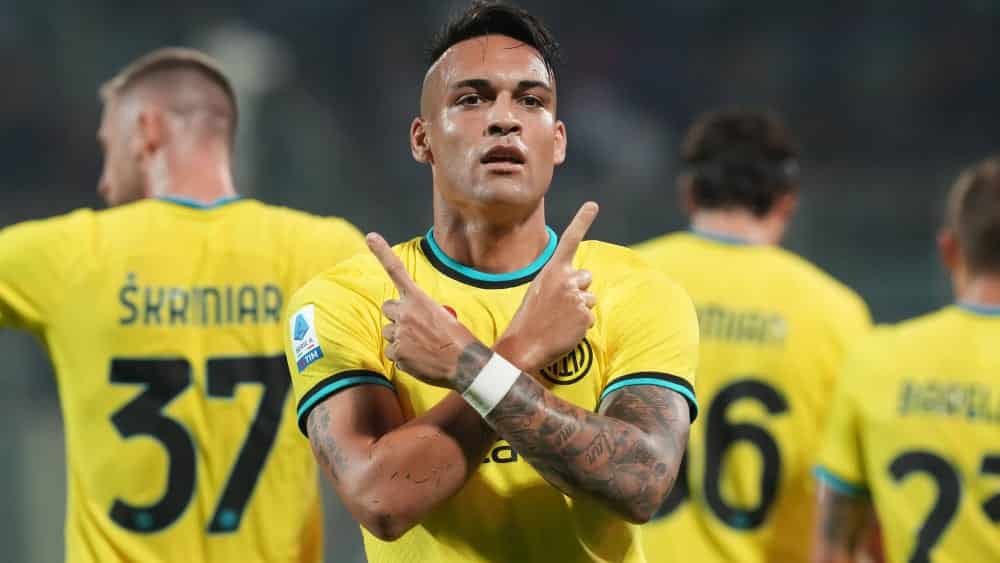 Early goals, chases, pack formation, a late side-footed goal and the redemptive 4:3 for Inter deep in injury time: AC Florence and the runners-up from Milan played a terrific game of football on this matchday 11 – with the better end for the Nerazzurri around a once again strong Lautaro Martinez.

AC Florence imagined their Serie A start quite differently. After qualifying for the Conference League last season, the Violets had their sights set even higher – only to find themselves with a meagre ten points from their first ten games. Now, the home game against runners-up Inter Milan awaited Fiorentina at the Artemio Franchi, coupled with the worst possible start.

FC Internazionale lived up to their role as favourites right from the start, exerting pressure and leading 2-0 after just fifteen minutes. After a wonderful pass from Lautaro Martinez into the path of Barella, the 2021 European champion calmly and half-volleyed into the left corner to make it 1-0 (2nd minute). And in the 15th minute, Lautaro himself finished off a great solo run with a hook and a precise finish.

But it was not the decisive goal, because the Florentines believed in themselves in a sometimes heated game – and scored the important equaliser before the break. After a clear offence by Dimarco against Bonaventura, the VAR intervened, before Arthur Cabral scored the penalty to make it 1:2 (33.). After the break, Ikoné fired the ball into the top left corner of the net with the help of the lower edge of the crossbar, raising the spirits of the home fans in Tuscany (60).

Long Inter faces were the result, but not for long. The Lombards sold themselves like a top team after the 2-0 loss, pushed forward with Joker Dzeko and also earned themselves a penalty after VAR intervention. Lautaro Martinez was clearly brought down by keeper Terracciano, then stepped up himself and thundered the ball fantastically into the top right corner to regain the lead – 3:2 (73rd).

Jovic superb, but matchwinner is Mkhitaryan

But even this lead was not enough for Milan, because Joker and ex-Frankfurt player Jovic scored with a superb side-footed shot from close range for the loudly celebrated 3:3 (90th).

However, the last word was still not spoken. In fact, the Nerazzurri ran again deep into injury time, Dzeko held his own against Milenkovic as robustly as just fair (VAR did not intervene) and set Barella in scene. The dribbling artist crossed towards Mkhitaryan when he arrived in the penalty area. Venuti had the chance to clear the ball, and did so – only it went straight into the feet of the ex-Dortmund player, from whom the ball simply went into the bottom left corner of the net (90.+5). The 4:3 and the victory of the Lombardy team was certain, also because a final overhead kick of the Florentine team did not work out.


Through this wild 4:3, which also included discussions and pack formations in the middle of the game and after the final whistle, Inter worked their way up the table – and at the same time celebrated the performance of Lautaro Martinez (brace plus assist), who is currently in great form again after his recent modest Serie A weeks.

The Argentine’s supporters, team-mates and coach Simone Inzaghi will be hoping for a similar performance from the Argentine next Wednesday, when Milan can book an early place in the last 16 at home to underdogs Plzen and finally beat Barcelona, who have surprised them twice in recent games.