HomeBundesligaThat's why Bayern binds the youngsters Kabadayi and Vidovic
Bundesliga

That’s why Bayern binds the youngsters Kabadayi and Vidovic 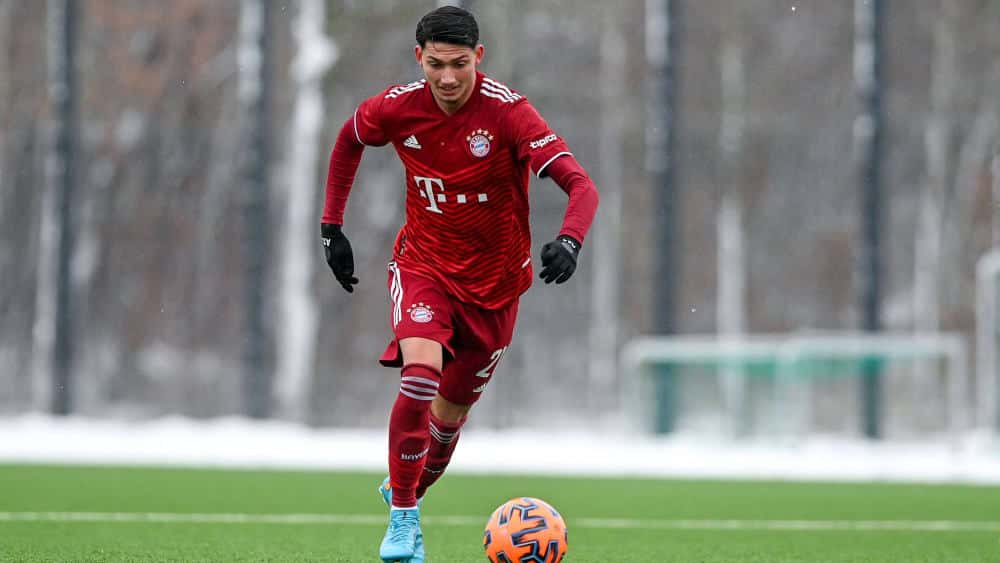 A ten-man and a striker from the youth team now get the chance to show themselves at the Munich club. Gabriel Vidovic and Yusuf Kabadayi receive longer-term contracts. There are reasons for this. Among other things, the club’s internal youth development in financially challenging times.

In the space of two weeks, FC Bayern has tied two talented attacking players to the club for the long term. Yusuf Kabadyi received a contract until 2024, Gabriel Vidovic until 2025. Both 18-year-old attacking players were convincing at junior level and are internally expected to make the leap to the pros in the long term. Other Bundesliga clubs had also scouted the two and deposited their interest.

However, the Munich team’s personnel strategy currently includes an increased focus on talent development. Head coach Julian Nagelsmann is committed to this and had already called Vidovic into the professional squad for the first leg of the Champions League eighth final in Salzburg. The Croatian, who has already played for his home country in all the national U teams, once came from FC Augsburg. It was not clear whether he would make it at FCB – but he did. In the Regionalliga, he has 19 points – twelve goals and seven assists – in 20 appearances this season.

In the footsteps of Musiala and Wanner

Kabadayi has also made a good impression so far. He impressed with three goals in five games for the U 23 – and is a candidate for the 2nd team of the Bavarians again after overcoming shoulder corner blast. The youngster has been with the club since he was 8 years old and was also born in Munich. A true native of the state capital, so to speak.

Both Kabadayi and Vidovic are young hopefuls who, in the best case scenario, will follow a similar path as Jamal Musiala or Paul Wanner, who is still two years younger. First and foremost, the duo needs to get used to professional football physically. They both have the speed and the technical quality for it. That’s why they now have the chance to prove themselves over the next two and three years, respectively, at the German industry leader.