Terrazzino: What a dance show has to do with his move to Gdansk 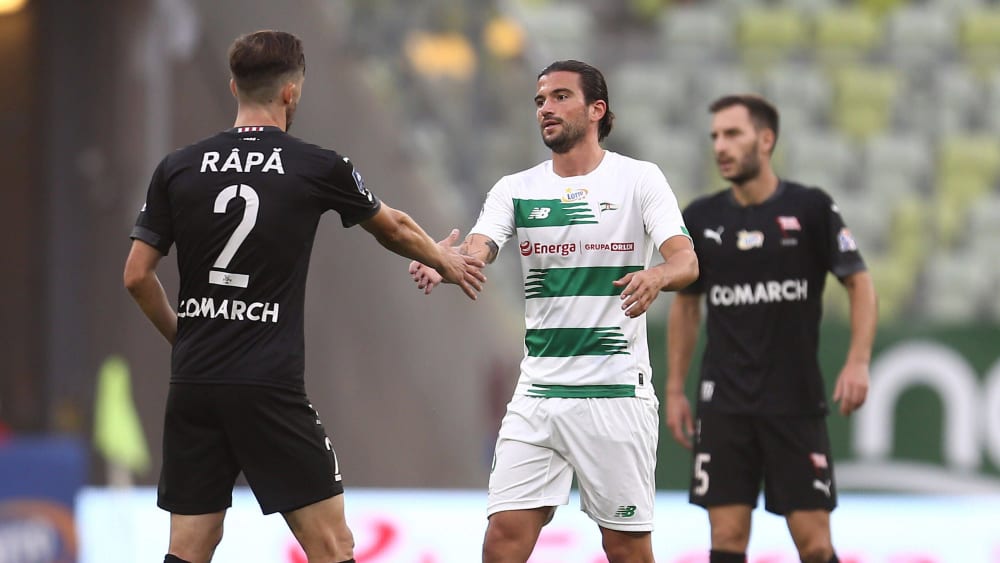 In August, Marco Terrazzino (30) opened a new chapter in his career and moved to Poland to join Lechia Gdansk. A former Dortmund player and a TV show played their part in the move.

This Wednesday it will be exactly one year since Marco Terrazzino joined SC Paderborn. And yet, for him, it seems like ages ago. So much so that he says things like: “Germany has become a distant memory for me”.

In mid-August, the attacking midfielder signed a contract with Lechia Gdansk. In the two months since then, he has only played a single minute. But that has nothing to do with his performance. “After the first week, I injured the inner ligament in my knee,” he told kicker on Tuesday. It was only last week that he returned to team training.


The 30-year-old nevertheless speaks purely positively about his new home. “I’m very happy about my decision, also because I realise: I’m forced to speak English here and I’m still learning Polish at the same time – so I’m working on two languages.” He also welcomes the fact that he is getting to know a different kind of football: “I can only approve of it. But of course, you have to be the type to do it. “

“He told me that they are looking for a playmaker “

The Ekstraklasa is “very physical, there is a lot of emphasis on physicality. You hope for individual class and good individual actions from the offensive players.” As such, he is often involved in one-on-one situations. His club from Gdansk, however, is an exception: “We make a lot out of the collective.”

Terrazzino, who was born in Mannheim and has Italian roots, said he knew the Polish mentality before his transfer: “My big brother has lived in Poland for 15 years and became very famous through the Polish version of ‘Let’s Dance’.” So the former German U-20 international had “built up a huge connection” with the neighbouring country: “I knew what to expect. That made it all a bit easier. “

The move to the Baltic Sea came about through an ex-Dortmund player. Zlatan Alomerovic has played in Poland for four years, the most recent three of them with Lechia. “He asked me in the summer about my plans: ‘Are you open to Poland?”‘ Terrazzino certainly was. “He then told me that they were looking for a playmaker.” The favourite position of the then Paderborn player, then, who was mostly only allowed to play as a wild card at SCP.

Terrazzino made his comeback in last Sunday’s 5-0 test victory over second-division side Stomil Olsztyn and played for half an hour. He was on the pitch for just four minutes when he managed an assist.
After the away game at Bruk-Bet Termalica Nieciecza next Saturday (3pm), Terrazzino and Lechia will face Gornik Zabrze and Lukas Podolski in their next home game on 23 October (3pm). A good time to build on the so far manageable stats.