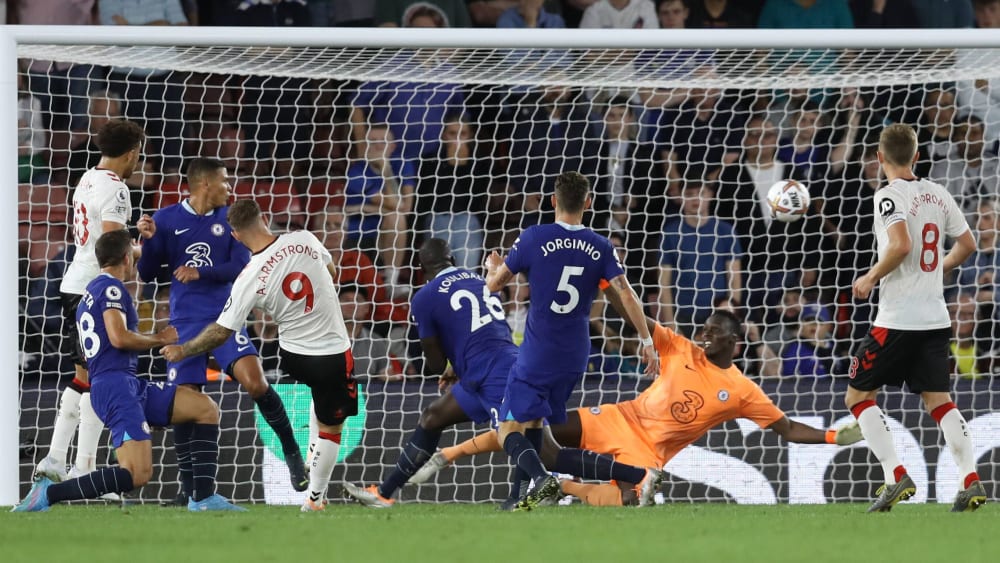 Chelsea FC continue to have a mixed start to the new Premier League season. The Blues lost at Southampton despite leading the game.


Without right-back James, for example, who was ill, Chelsea struggled early on at a mostly handy Southampton FC but gradually emerged as the better team after a quarter of an hour. Asset Sterling, previously not always fortunate in his decision-making (great chance, 14th), finally gave the counter-attacking Tuchel eleven a deserved lead (21st) after advance work and Havertz and Mount.

But the selection of the already long-time Saints coach Hasenhüttl could not be shaken off and also had the appropriate answer ready: After a corner, Lavia took a rich shot from 17 metres – Mendy still got there, but not decisively (28.). And after the equaliser, the home side really stepped up to the plate: Shortly before the break, Chelsea shifted too sloppily and Armstrong made it 2-1 from a central position in the penalty area – game over (45.+1).

Saves by Cucurella and Thiago Silva

After the restart, Tuchel brought on the still-ailing Kovacic for the newly-ailing Loftus-Cheek and the Blues regained control of the game for the time being. However, following a counter-attack, it was the Saints who came very close to scoring the next goal – Cucurella threw himself into an Elyounoussi header just in time (52nd).

It was also a question of strength at St Mary’s Stadium, which Southampton answered better. Salisu also had a great chance to make it 3-1 with a header, with Thiago Silva somehow clearing off the line with his heel (74th). For the visitors, only Broja, who had recently been loaned to Southampton, came close again (82nd) – otherwise the favourites simply lacked freshness and ideas.


The Blues’ second defeat in five games – with only two wins – points to a false start. City rivals Arsenal could move to eight points at the top of the table on Wednesday.