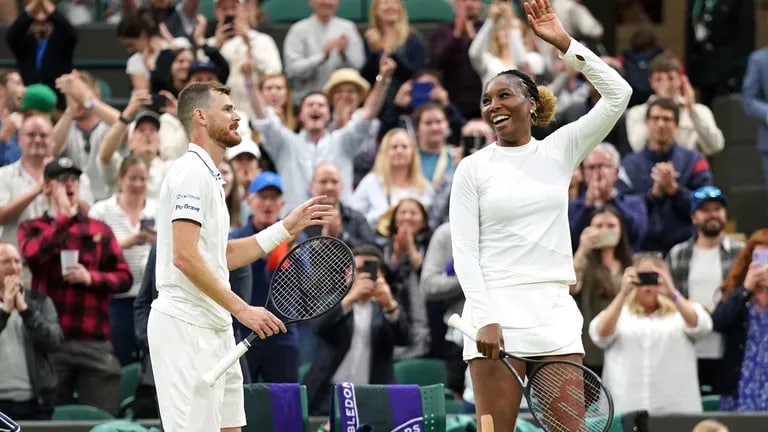 Old star Venus Williams has celebrated a successful tennis comeback in the mixed doubles at Wimbledon.

The 42-year-old American won alongside Britain’s Jamie Murray against New Zealander Michael Venus and Alicja Rosolska of Poland in the first round 6-3, 6-7 (3-7), 6-3. In a boisterous atmosphere on Court 1, Williams and Murray were visibly delighted with the big cheer after converting match point.

Williams last played a singles match on the WTA Tour at the end of August last year. She has won seven singles titles, 14 doubles titles and two mixed titles in her career at Grand Slam tournaments.

Her sister Serena had celebrated her singles comeback after a one-year injury break. However, the 40-year-old was knocked out in three sets in the first round against Harmony Tan of France.