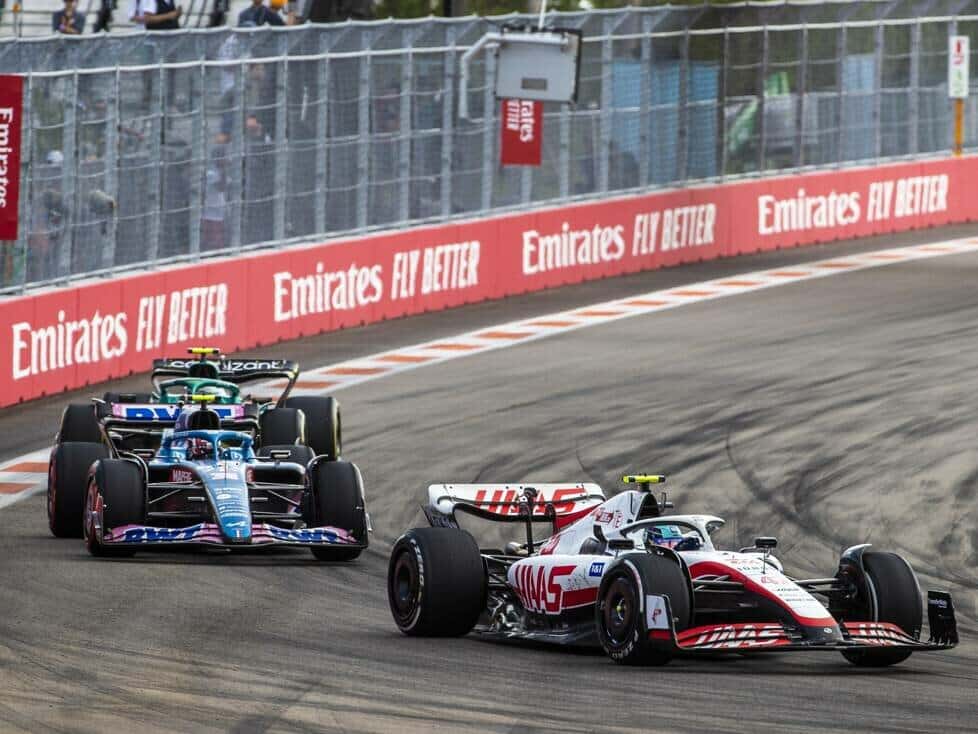 In Miami, Haas driver Mick Schumacher was well on his way to scoring his first Formula 1 world championship points when he collided with Sebastian Vettel during an overtaking manoeuvre. His teammate Kevin Magnussen suffered damage in a late collision with Lance Stroll and was forced to retire.

After the race, team boss Günther Steiner made clear his frustration at seeing priceless points “go down the drain” in one of the team’s two home races.

Ahead of this weekend’s Spanish Grand Prix, Steiner reveals, “We talked about it, as we normally do. I think we agree that we are now focusing on here and not on what happened in Miami. We’re trying to do a good job because we tested here. “

Steiner: Mick learned a lot in this moment

“We have a good starting point and can try to start the race weekend as efficiently as possible and as well prepared as possible. Hopefully we won’t have any technical problems. Then we can just get on with it.”

Miami was “obviously not ideal”. Things looked promising for a long time: both drivers were in the points, but then the safety car came. “And that destroyed our race. But after a while, after a few days, you get over it and concentrate on the future,” Steiner said.

The Haas team boss makes it clear that he believes Schumacher has learned from the Vettel incident. “Of course he knows what he is doing and what he has to do next. I think he learned a lot in that moment. Because I’ve always said when you’re racing up there in the points, it’s always going to be more difficult because you have to deal with different situations than when you’re last and second last. “

Steiner doesn’t see a breakthrough yet, but …

When asked if Miami was Schumacher’s best weekend so far and marks a breakthrough, Steiner says: “It was a good weekend. In the race he or we were able to match the pace of the others and overtake people.”

“We moved forward from where we started. So it was good. As I said, when the safety car came out, our race went down the drain.”

“I wouldn’t be too quick to say that was the breakthrough now. A breakthrough in Formula One is something you achieve over several races, it’s more of a constant breakthrough, not a one-off. But of course I think he’s learning and hopefully this year is another part of that moving forward. “