HomeFootball"Signed when I was 16": Vinicius Junior wants a new contract
FootballFootball News

“Signed when I was 16”: Vinicius Junior wants a new contract 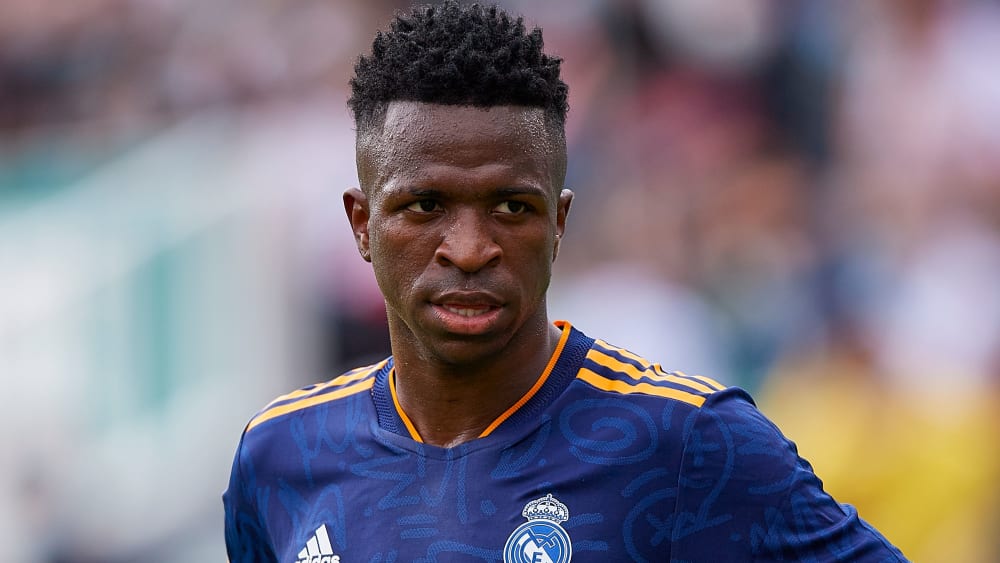 No Benzema, no problem. Real Madrid can currently also rely on Vinicius Junior, who still has big plans with the royals. Like a new contract.


The story of the Chancentod seems to have been told. By the end of October, Vinicius Junior had already increased his goal tally to nine – the most goals he has ever scored in a competitive season for Real Madrid, who used him 49 times in 2020/21.


The 21-year-old Brazilian’s miraculous transformation, relieving Karim Benzema as the Royals’ previously lone lifeline, has seen the name Kylian Mbappé not ring out in the Spanish capital for a while.

Valuable performances like his brace in the shaky 2-1 win in Elche have other consequences for Real Madrid, though. They are financial. “Of course I want to extend and stay here for a long time,” a happy Vinicius Junior, who not infrequently kisses his employer’s crest after scoring, revealed on “TNT Brazil”.

Contract until 2025 – postponement because of Mbappé?

The quick-as-an-arrow winger, for whom Madrid once paid €45 million, is not even “talking about the timing and exact salary”. Nevertheless, he pointed out that he signed his current contract “when I was 16”. Accordingly, the top earners are others.

However, the Royal League, who are likely to keep the expensive Mbappé on their radar, are not under acute pressure in this case: Vinicius Junior is still tied to Real until 2025.