HomeTennisShock for Nadal: Tennis star out for weeks
TennisTennis News

Shock for Nadal: Tennis star out for weeks 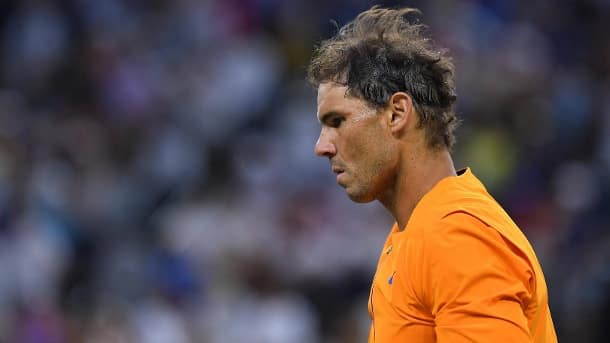 Rafael Nadal had still triumphed at the Australian Open, but now it could be close for the French Open: The record Grand Slam winner has suffered a rib injury. He will have to sit out for longer.


Rafael Nadal will have to rest for four to six weeks after his strong start to the season and is expected to miss the start of the tennis clay court season.

The Australian Open champion suffered a stress fracture to a rib in Indian Wells, Nadal tweeted. “This is not good news and I didn’t expect this.” He said he was “depressed and sad” because he had started the season well.

The 35-year-old had reported breathing problems after his final defeat to American Taylor Fritz at the Masters 1000 tournament in California. After returning to Spain, he had himself examined more closely.

The renewed injury and forced break is a setback for the clay court specialist in his preparation for the French Open. The preparatory tournament in Barcelona, which he won twelve times, starts on 18 April and is likely to take place without him. The French Open in Paris is scheduled for 22 May. The left-hander has triumphed 13 times in Paris.

At the start of the season this year, Nadal made his comeback from a serious foot injury to become the record winner with the Australian Open title and 21st Grad Slam title overall. He also won the ATP tournaments in Melbourne and Acapulco. He only suffered his first defeat of the season in the final of Indian Wells.