Schmidt: “A situation I can’t manage on the side” 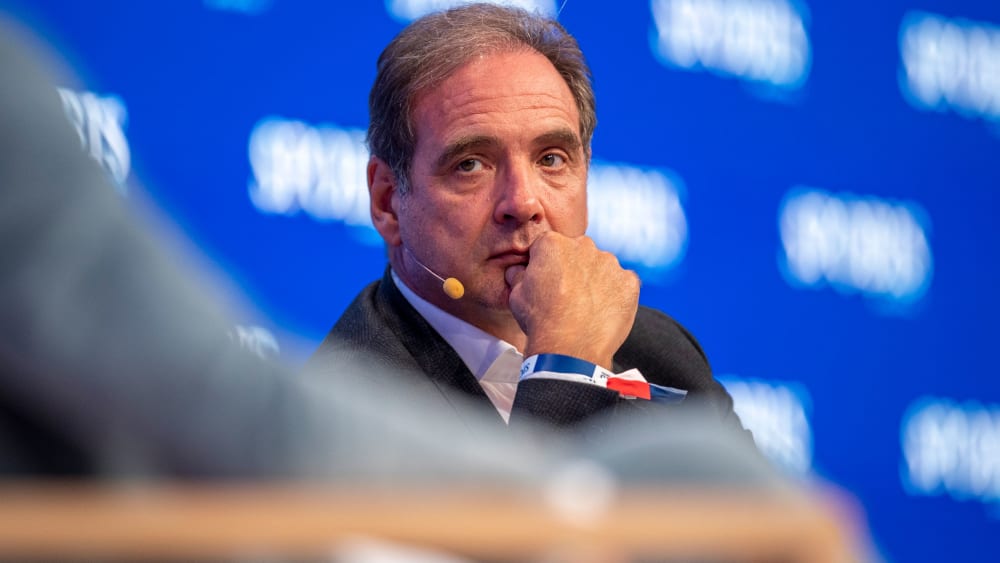 After Carsten Schmidt’s exit as CEO at Hertha BSC, he made it clear at the specially arranged press conference that there had been no alternative for his move.

After just ten months, Carsten Schmidt is a thing of the past as CEO of Hertha BSC. The 58-year-old is resigning from his post, which began on 1 December 2020, with immediate effect. “Irresolvable private reasons due to illness in my immediate family environment,” as an official Hertha statement said on Tuesday, have prompted Schmidt to terminate his contract.

At a specially arranged press conference on Wednesday morning, the outgoing CEO made it clear once again that there had been no alternative to his move. “It’s a situation I can’t manage on the side,” said the former Germany boss of pay-TV broadcaster Sky, “I’m someone who goes 100 per cent into things. And that is not possible. Hertha BSC deserves a 100 per cent concentrated and focused and available CEO.” The fact that his time at the capital club is ending “due to such circumstances makes me very sad,” said Schmidt, who made it clear once again the day after his departure was announced how much the job at Hertha appealed to him.

“I don’t regret a single day,” Schmidt said, “I want the investment and the club to be successful in the future. I would have liked to have played my part. Now I have to do it from a distance, I will continue to root for the club as I have done from day one. It’s grabbed me and it’s not going to let me go. “

“A great team, all hard-working people who deserved more than what we currently depict in the table. “

The outgoing chairman of the board, who wanted to make Hertha more visible and international as a brand as well as increase revenues, expressly thanked his fellow team members. “A great team, all hard-working people who deserved more than what we currently depict in the table. “

The Berliners currently sit 14th in the table and are clearly struggling in sporting terms ahead of Saturday’s seminal game at Eintracht Frankfurt, as they have been for the past two seasons.

No pressure in search for successor

Whether and when Schmidt’s position will be filled, club president Werner Gegenbauer did not want to make a concrete statement on this on Wednesday. The outgoing CEO’s duties will be taken over by sports managing director Fredi Bobic and finance managing director Ingo Schiller, but Hertha do not want to be put under pressure in the search for a possible successor.

“There are clear ideas about what we will be missing and what we have to fill. But now is not the place for that. We don’t need any snap decisions,” Gegenbauer said. The 71-year-old believes the club is well-positioned for the future, and Schmidt is also “not worried that this will result in a vacuum. “

Gegenbauer: “I regret it very much “

Gegenbauer had previously tried to find a perspective for a possible further cooperation in the talks with Schmidt. “I very much regret that we can no longer work on and harvest everything that has been initiated together,” said the club boss with regard to the “Goldelse” project, in the course of which Hertha is to receive better structures in several measures over the coming years. Gegenbauer added that “all those in leading positions are now responsible for implementing the projects that have been initiated”.