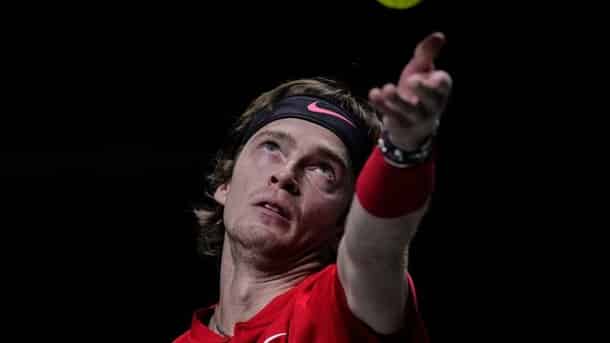 Dubai – Russian tennis pro Andrei Rublyov has delivered an anti-war message after reaching the final of the tournament in Dubai.


After his 3:6, 7:5, 7:6 (7:5) victory over Poland’s Hubert Hurkacz, the 24-year-old wrote “No War Please” on the lens of a TV camera. Normally, players sign their names after victories. In the on-court interview, Rublyov was not asked about his message in the wake of Russia’s invasion of Ukraine, according to a report by the AP news agency.

New tennis world number one Daniil Medvedev had earlier expressed concern over the attack by Russian troops on Ukraine. “Waking up here in Mexico and seeing the news from home was not easy,” the 26-year-old Russian said after his quarter-final win at the ATP tournament in Acapulco. As a tennis player, he promoted peace around the world.