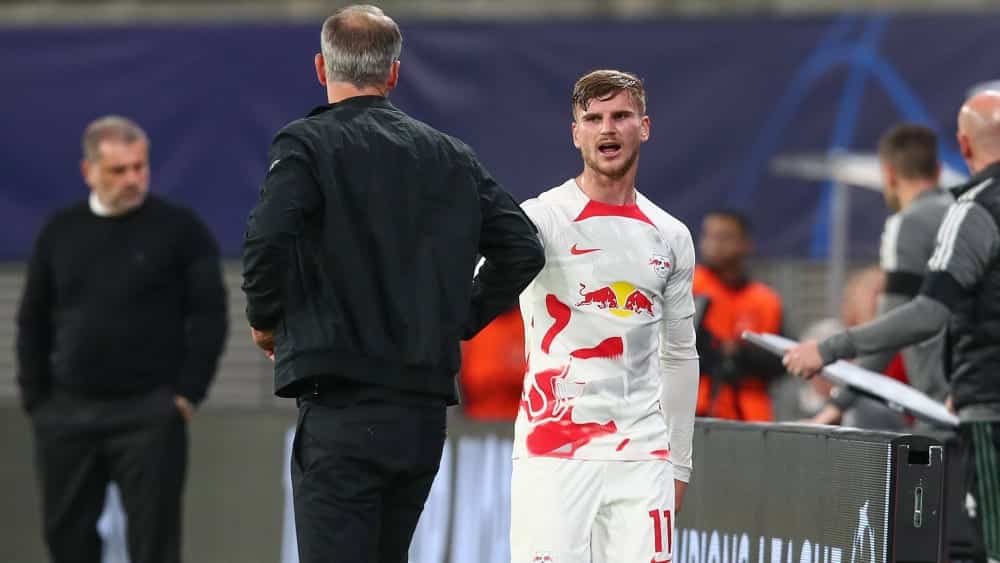 Actually, much was pure sunshine in Leipzig’s first Champions League win. If it hadn’t been for the substitution of Timo Werner.

The 26-year-old international put in a performance with light and shade: On the one hand, he played the risky back pass to his keeper Peter Gulacsi, who tore his cruciate ligament in this scene without the intervention of an opponent. Secondly, he was involved in Celtic’s equaliser because he played a back-heel pass on the halfway line which landed with the opponent and shortly afterwards the Leipzig defence was exposed.

He also got into an angry discussion with national team colleague David Raum during a stoppage in the first half.

When Werner left the field in the 71st minute and reacted a little hesitantly while high-fiving coach Marco Rose, he received an appropriate rebuke after the match. “I expect the player to come up to me,” the RB coach told ZDF about the procedures in such a case, clearly reminding Werner that football is “a team sport”. “I’ll give that message again,” Rose emphasised explicitly.

After his substitution, Werner had sulked off to the far corner of the bench, but calmed down again by the final whistle so that he could smile and celebrate the Saxons’ first win in the top flight with his colleagues and fans.