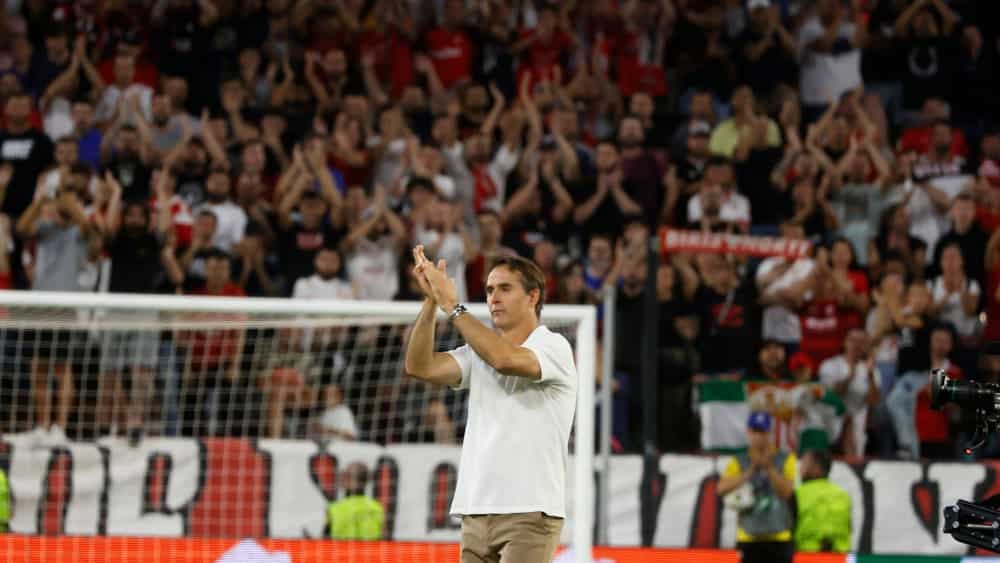 Coach Julen Lopetegui said goodbye to Sevilla’s fans after the 4-1 defeat to Dortmund, and the club made the split official shortly afterwards. The sympathies were on his side, as the club management had played him badly.

Everyone knew it, even before kick-off: Julen Lopetegui would be on the sidelines for the last time against Dortmund, and even a win against the Westphalians would probably not have saved his job.

Several media outlets had long since announced that the 56-year-old’s days with the Andalusians were numbered after more than three years. It was this indiscretion that earned him the sympathies and the club management the antipathies.

Shortly after the final whistle, a clear 4-1 defeat mind you, Lopetegui applauded towards the crowd, the crowd applauded Lopetegui. When he had already disappeared into the catacombs, he returned once more – apparently on the initiative of Monchi, the manager who was also criticised – and continued to be celebrated. The players also paid homage to their coach, who will no longer be a coach from Thursday. Sevilla made it official a few minutes after the final whistle.

“There are a lot of things going through my mind. I think back to many beautiful things,” Lopetegui said with some distance. “I have many different feelings. Think about the city, the fans and the players. “

Lopetegui won the Europa League title at the first attempt with Sevilla in his first year and led the Red and Whites to the top flight three times in a row. Against Dortmund, he stood on the sidelines for the 170th time as Sevilla manager. No other coach has averaged more points during his tenure than the former Real coach and Spain’s national team coach.

Sampaoli to be successor – Lopetegui to Wolves?

Not only was the end of Lopetegui’s tenure leaked, but also the name of his successor. Those who bet on Jorge Sampaoli being presented on Thursday and signing a contract until 2024 should not expect too high odds. The Argentine, most recently employed by Olympique Marseille, was already on the sidelines at Sevilla in the 2016/17 season.

Lopetegui had already been linked with Wolverhampton Wanderers, who parted company with coach Bruno Lage on Sunday, before his resignation.