Real’s next “Remontada”: What was different this time 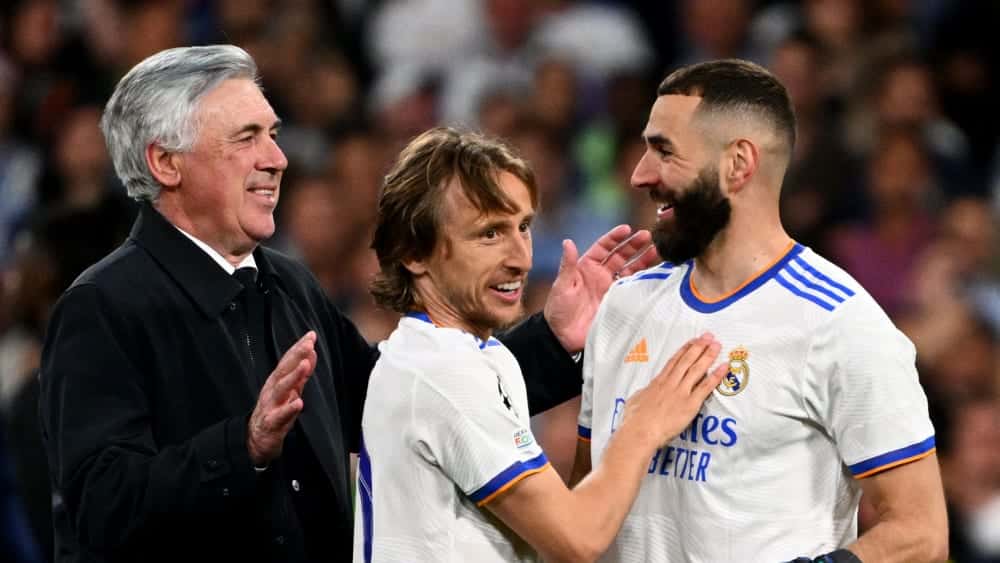 Real Madrid followed PSG and Chelsea by knocking ManCity out of the CL with a spectacular comeback to reach the final. This time, however, there was a development to watch.

They’ve actually done it again. These royals, not beaten even in the 90th minute with the aggregate score at 3:5, and once again managed to emerge victorious from such a situation. Which was to be expected, after PSG and Chelsea had already lost out in the end despite supposed superiority.

Against Manchester City, who were clearly the better team in the first leg and had travelled to Madrid with a 4:3 advantage, the template of Real’s previous “remontadas”, these crazy comebacks, cannot be laid down. At least not completely.

Because in the semi-final second leg, Carlo Ancelotti’s team had shown a different face in several respects, even in a negative sense. After just 18 minutes, the Spanish champions – Benzema twice, Vinicius Junior once – lacked their inevitable coolness and missed three good scoring chances, which also proved that the Blancos did better out of the game.


Improved structure and intensity in the run-in, as well as the positioning of Toni Kroos, who was back on eight this time, ensured that City’s specialists had more problems with the opposition’s and their own pressing at the Bernabeu than they might have given Real credit for. Overall, the Skyblues’ grip and dominance were much less pronounced than in the first leg – the pressure phase only came after the strongly played lead (Mahrez, 73rd), when Real had to open up at the back.

And even then, Pep Guardiola’s team rarely succeeded in imposing their mostly numerical and playful superiority on Madrid, because the Catalan had apparently once again set them up too cautiously in an important away game. The man for whom successes once inevitably had to be beautifully earned has certainly developed into a pragmatist who can also determine the course of a game through an organised defence, such as in phases in the league clash against Liverpool – in Madrid, however, also at the expense of his usual attacking football.

Kroos’ praise for his coach

In the end, Guardiola remained on the sidelines, not only forlorn of hope, while a coaching zone away his players rallied around counterpart Ancelotti. After the final whistle, DAZN expert Sandro Wagner and Real strategist Kroos underlined the Italian’s “unpretentious” willingness to let his players help decide certain changes. “He takes our opinions into account,” Kroos revealed. Thus, Real brought a “game of the players” over time, while City, in a phase in which these were only partially fruitful, could no longer put an independent foot on the ground with the instructions of their coach.

Whether decided by Ancelotti alone or discussed with some of the players – by bringing in midfield all-rounder Eduardo Camavinga, who had already tipped the scales in the Chelsea second leg, and double goal scorer Rodrygo, who not for the first time shone primarily as a wild card, he turned the balance to the royal side – especially in a relatively undangerous extra time.

In view of the repetition of these events, the Italian, who may well base his “in-game coaching” on the motto “less is more”, will probably have to consider bringing on the refreshing youngsters from the start against Liverpool’s high-intensity pace before the final against Liverpool. He can ask Camavinga and Rodrygo what they think about it themselves.