HomeMotorsportsReactions to Suzuki exit: "Bad for MotoGP" and "incomprehensible"
Motorsports

Reactions to Suzuki exit: “Bad for MotoGP” and “incomprehensible” 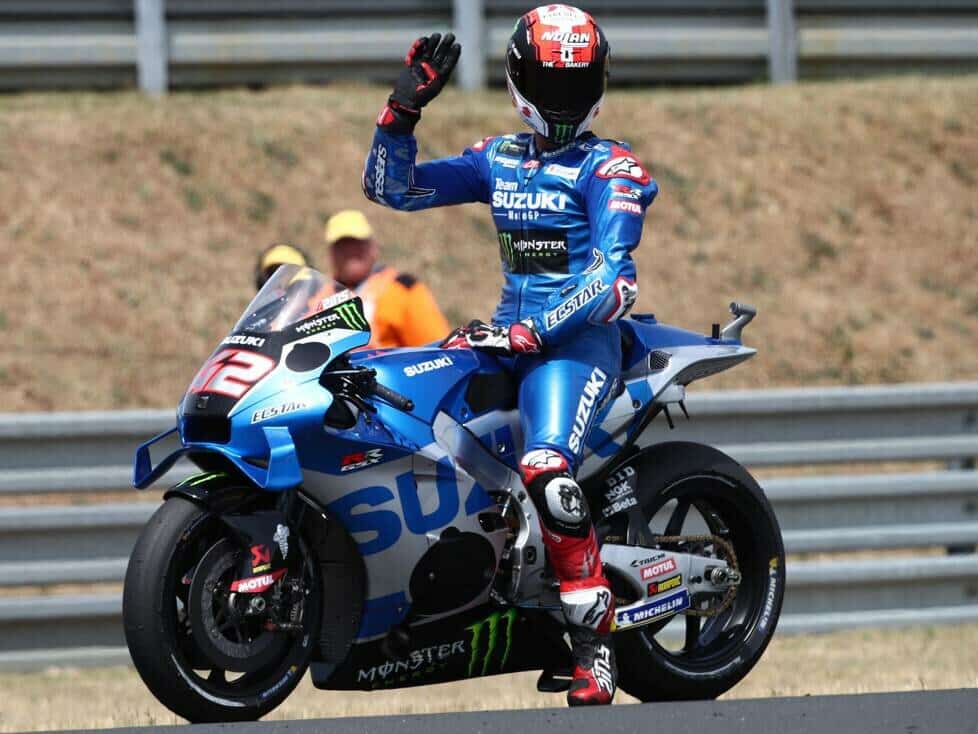 The news that Suzuki plans to leave MotoGP at the end of the current season came as a shock to the entire paddock. There had not even been any talks with Dorna in advance. “We were surprised by the news we received in Jerez,” confirmed Dorna CEO Carmelo Ezpeleta.

At the test in Jerez, Suzuki had called the team together and informed them of the exit plans. This, of course, quickly leaked out. However, official confirmation was a long time coming until the Thursday before the French Grand Prix.

“We said we could understand but we have to have discussions to know exactly the situation because we have a contract with Suzuki that was signed only last year, Ezpeleta continues. “We need to understand exactly where the problem is. In this regard, we will meet with Suzuki representatives and members of the Board of Directors in the week after Le Mans. “

Ezpeleta: Interest there, but no decision yet

Of course he is “not happy about the departure of Suzuki”, the Dorna managing director stresses. “But the most important thing is that the championship is in very good shape. Immediately after the situation became known, we received many enquiries from manufacturers or individual teams.”

They would have expressed their interest in taking over Suzuki’s vacated grid positions. But Ezpeleta does not want to rush into a decision. “For us, a championship with five manufacturers and six private teams is exactly what we had last year and that’s fine for us,” he said.

During that time, Aprilia was not yet running as an independent factory team. “Depending on what the proposals are, we will decide if we want to replace Suzuki or if we want to continue the situation like this without Suzuki,” said the Dorna CEO.

One possibility would be for Aprilia to seize the opportunity and launch its own satellite team. Asked about this, race manager Paolo Bonora stresses: “First of all, it’s never nice to hear about anything. Suzuki is a big manufacturer and it was good to have them here. But it doesn’t change anything about Aprilia’s plans.”

“We are losing our concessions and we will try to contest next year in the best possible way,” the Italian stressed, but did not rule out a satellite team. “We have made a good step with the bike. And yes, we are in talks with other teams. Having a satellite team could improve the bike even more, because you have more riders and more information.”

“And it could also push the current riders further because there are more references,” Bonora adds. At the same time, looking ahead to the Silly Season, he stresses, “As far as the riders are concerned, we are very happy with the results – both with Aleix and Maverick. At the moment there is no reason to change anything. “

But so far neither Aleix Espargaro nor Maverick Vinales have a contract for 2023, and with Joan Mir and Alex Rins, strong riders are available due to the Suzuki withdrawal. But Vinales is not worried about his future because of that.

“It doesn’t change anything,” says the Spaniard. “We have a plan and we know our potential. I feel very strong in the team, like I have found the right atmosphere to grow as a rider and a person. For me, now it’s time to continue to improve. We are very much after it – we are missing a click. “

For the Suzuki brand, where his MotoGP career began in 2015, Vinales is sorry. “It’s sad news because I know most of the people who work there. They are fantastic and like a family. They have proven that they are a great team. So it’s sad for me to see them go.”

Franco Morbidelli of Yamaha points out, “Personally, I think this news is not good for the sport. First of all, it is very unpleasant to see that so many professionals will lose their jobs from one day to the next. Suzuki is a very good team. And that it will not continue, even though it has a contract, is incomprehensible. A very bad situation, an ugly episode. “

Morbidelli’s brand mate Andrea Dovizioso expressed similar sentiments. “It’s really bad news,” says the Italian. “To have one less manufacturer is never good. And we are talking about the 2020 world champion .”

“They have special drivers and they can still fight for the championship. So it’s very strange. But I don’t know the details. They will have their reasons to make such a decision. But I am not happy about it.”

Ducati rider Jack Miller is also wondering about Suzuki’s plans to withdraw. “It was a shock,” admits the Australian. “It’s a shame and also strange that a manufacturer like that is leaving now. They became world champions two years ago and, from the looks of it, brought their best bike to the start line so far. “

“For the drivers it sucks, of course. But they are really good drivers, they will find a job. But there are 45, 50 employees who now have to find a job to support their families. So it’s a shitty thing. And the championship is also suffering. Having the big three manufacturers – Honda, Yamaha, Suzuki – was incredible. It’s sad that’s over.”

Jorge Martin concurs. “It’s a shame. I hope the riders and the team find work for the future, because it does affect a lot of people and families. It’s also not good for MotoGP as a brand, as well as for the rider market,” he says.

Evans after missing out on Formula E title: “Gave it my all”.

“Toprak will be a free rider at the end of 2023” – MotoGP with Yamaha or change?

Porsche ace Vanthoor after tough first half of DTM season: “It’s also down to me”.