HomeMotorsportsRalf Schumacher: Hülkenberg "not a real alternative" for Haas
Motorsports 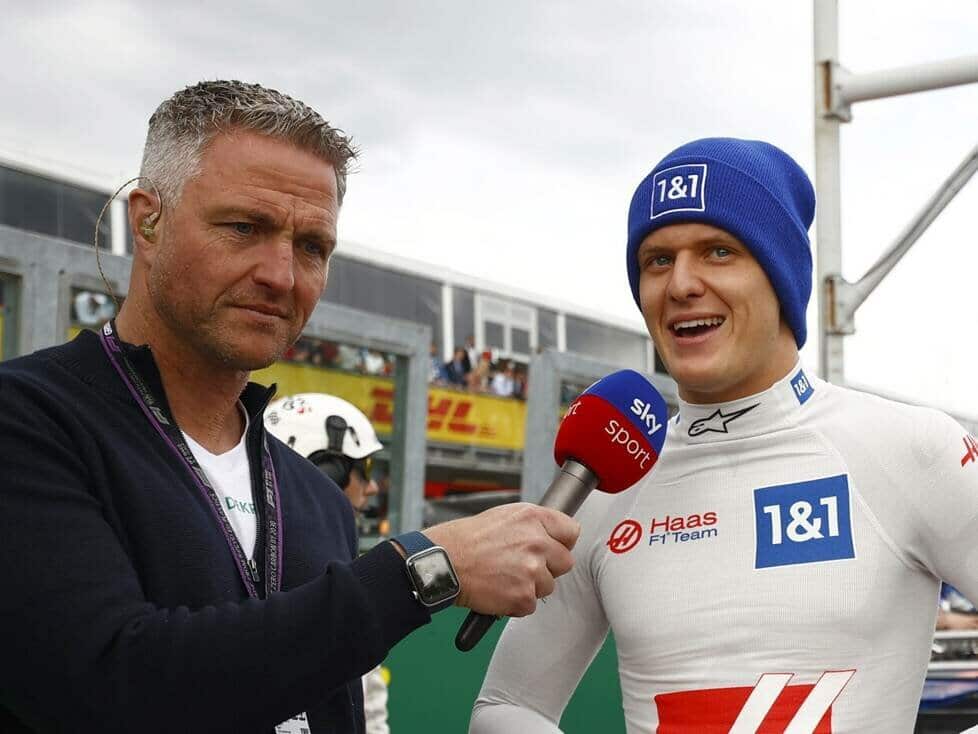 Ralf Schumacher believes that the Haas team would be ill-advised to swap Mick Schumacher (23) for his compatriot Nico Hülkenberg, who is twelve years older, in view of the 2023 Formula One season

Hülkenberg, currently a test driver for Aston Martin and Formula 1 expert for Austrian broadcaster ServusTV, “always brings himself into the conversation”, says Ralf Schumacher in an interview on the YouTube channel of Formel1.de. He has absolutely “nothing against him”, but “he is not really a real alternative now”.

By this, the Sky expert does not mean that Hülkenberg does not have the necessary qualities as a racing driver; but that Mick Schumacher has youth and the potential for development in the future as strong arguments on his side. His nephew points out “the best alternative because of his performances in the last races. “

“The curve is definitely pointing in the right direction now, and any team boss who doesn’t have Mick on his mind is, in my opinion, making a huge mistake,” says Schumacher and underlines: “If I were team boss, there would be no question at all about who I would take, when I look around at the moment at who’s on the market. “

Mick Schumacher has youth & future on his side

Because: While candidates like Hülkenberg or Daniel Ricciardo (“The biggest risk, has been struggling for years”) already have ten or more years of Formula 1 experience under their belts and presumably have little room for improvement as a racing driver, Mick Schumacher is only at the beginning of his career and thus also of his learning curve.

With his recent performances, he could be a candidate not only for Haas, but also for Alpine or Williams. At Alpine, however, Ralf Schumacher believes that Pierre Gasly comes first, “for marketing reasons”. Jack Doohan rather not: although he has driven “one or two good races” in Formula 2, Formula 1 is still “too early” for him.

Ralf Schumacher, however, is “firmly convinced that Mick will still drive Formula 1 next year”, even beyond the presumably rather small Alpine chance. Another argument: It is “a great strength of Mick’s, I have noticed, that he has always kept his cool. Even now, at a time when the pressure on him was very great. He dealt with that magnificently. “

The bottom line is that Haas is “a good team for Mick”, says the Sky pundit – and that means something coming from him. Because Ralf Schumacher and Günther Steiner weren’t always the best of friends, and Schumacher’s employer Sky doesn’t currently give interviews to the Haas team boss, which, by the way, he explained at the members’ get-together on the YouTube channel of Formel1.de.

Steiner, Schumacher admits in the video interview, “was not wrong in the core of the matter, that Mick caused too much damage at the beginning” and “that he was clearly lagging behind in relation to Magnussen. I just think that Günther has a very special way of dealing with things and that sometimes can’t be very motivating.”

Why he basically appreciates Steiner because of “his cool and outspoken manner” and why he would have hoped for less thin-skinnedness when it comes to criticism of Haas on the part of Sky, and how he assesses Mick Schumacher’s future.