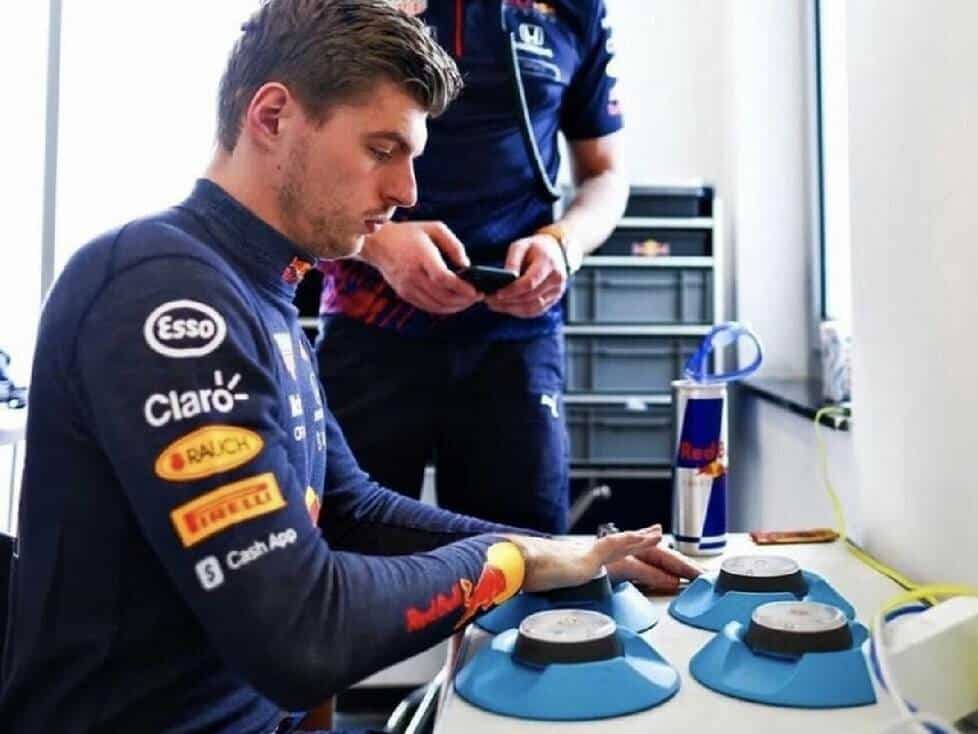 For many Formula 1 drivers, it has long been a standard part of preparation on a race weekend: training with light sensors to sharpen their reflexes

For most Formula 1 drivers, pre-race rituals play an important role. Some choose to shut themselves off completely for a while to clear their heads. Others kick a few balls behind the garages to get their heart rate up and sharpen their reaction.

Pierre Gasly, for example, is often seen doing a reaction test with his coach, who drops tennis balls from his hand for the AlphaTauri driver to catch.

The BlazePod system, which is becoming increasingly popular, works in a similar way. With its light sensors and accompanying mobile app, it is used by numerous sports stars – including those from football, the NFL, tennis, Formula 1, MotoGP and the NBA – to stimulate the mind.

According to the report, around 300,000 professional and amateur athletes around the world currently train with BlazePod, including an unspecified number of Formula 1 drivers. Alex Albon was one of the first users. Other Red Bull drivers like Max Verstappen, Sergio Perez and Pierre Gasly followed suit.

The handling is simple: With the help of a series of light stations – either placed on a desk or mounted on a wall – the drivers react to the luminous flashes by pressing them as quickly as possible.


This reflex training is designed to help them achieve the best possible “priming”. This describes a psychological process in which the body is exposed to a stimulus in order to positively influence the response to a subsequent stimulus.

Faster reaction time thanks to training with BlazePod

In a Formula One context, this means that by stimulating reflexes with BlazePods before drivers get into their cars, their reactions (both cognitive and physical) should be at their best the second they get out on track – not after the first few laps they’ve driven.

What makes the blue pods so appealing for a variety of sports is that they are very easy to transport, easy to use with a simple app, and customisable. Athletes can set the reaction tests as heavy or as light as they want.

But that’s not the only reason the system is so popular with sports stars, Blazepod founder Yaniv Schneiderman knows: “We can’t ignore the fact that this device is fun to use. It’s amusing, but the professionals really love it.”

Yet it speaks to the advantages of the system that Formula One drivers use it on their own: There is no official partnership with a team, nor are drivers pressured to use it because of a marketing deal.

Instead, it is used because it works and convinces the drivers. “It’s about challenging the mind to wake up the nervous system and prepare the body for action,” explains Simon Jacobs, head of education and training at BlazePod, speaking to ‘Motorsport.com’.

“Then when they get in the car, whether it’s for qualifying or the race itself, they’re ready and raring to go. They will react much quicker to any stimuli they see in front of them,” Jacobs highlights the benefits of training with BlazePod.

It also provides valuable data. That’s because the system monitors every event: it shows the exact reaction time for each response, how often drivers were off the mark and how their progress changes over the duration of a test. This data is stored to track progress over time.

Jacobs adds, “You get numbers delivered and you can see the progress. The app not only records the time, but you can also see in which movement the person is making progress or just not making progress. Is he stagnating here or there?”

“It’s about understanding the data you’re getting and how you can use that data to help your athletes progress. Certainly it’s fun, but to understand what you actually get out of it, you have to approach it from the professional side, analyse the data and then move the athlete forward. “

Blazepod is a relatively new start-up, founded in 2017. Jacobs believes it can expand its offering and provide even greater benefits to athletes in the future.

“When you’re driving a car at the speed they’re going, you have to react quickly to cars coming at you from the left and right, and decisions have to be made within milliseconds. We can help with that.”

Jacobs draws the comparison to American football: “If I’m working with a linebacker who needs to react to a stimulus as quickly as possible to sack a quarterback, we need to do the same thing: develop a sport-specific drill.”

“We take our lights and aim them at a specific target: We use the same lights to get the same result – faster reacting athletes.”

Some sports have to be pushed to see the benefits, Jacobs concedes. “But there are other sports, like Formula 1, where you’re always looking for an advantage to get ahead, and that’s pretty exciting. “