Quartet before comeback: Bellarabi has his nose in front 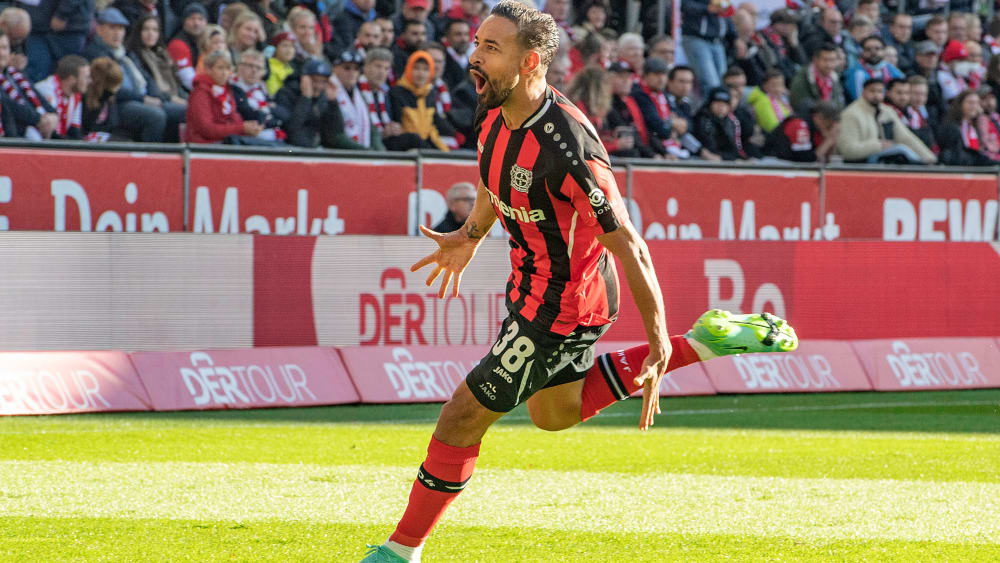 In the Europa League against Celtic Glasgow, coach Gerardo Seoanewill have some of the recently injured players available again. Right winger Karim Bellarabi is the closest of a quartet to making a comeback.

On Thursday against Celtic Glasgow, the international should ideally be followed by four more professionals: Lucas Alario, Patrik Schick, Karim Bellarabi and Charles Aranguiz all stood on the Ulrich-Haberland-Stadion pitch during final training on Wednesday.

Not all returnees on the same level

“We will certainly be able to see one or two of them on Thursday, but probably not all of them yet “, Gerado Seoane said of the quartet who are not completely on the same level with their comeback efforts.

So Karim Bellarabi, who already joined team training last week, is the closest. The right-winger is likely to be a candidate for a wild card appearance against the Scots and would then also be a genuine option for Sunday’s Leipzig game.

While a starting appearance against Celtic would be too early for centre-forward Alario and six-man Aranguiz, who already completed at least large parts of team training on Tuesday, it is even unclear for Schick whether he will slide into the line-up.

The Czech centre-forward has trained intensively so far, but still individually, and joined his colleagues for the first time on Wednesday. However, only to a clearly limited extent. It is quite possible that Schick will use Thursday to build up his game again, miss his last game against Celtic and then return to the matchday squad on Sunday at his former club RB Leipzig.

Seoane, who as usual kept a low profile, at least hinted that there will be no comeback wave against Celtic. He wanted to “go for a healthy mix “, he explained when asked how much risk he would take with the returnees. The emphasis should be on healthy. Seoane let this slip when he explained: “From the players who are 100 per cent available, we try to make the best selection to approach tomorrow’s game with the best focus.”

So rather without anyone from the quartet in the starting eleven. Because 100 per cent at best apply to Bellarabi, but Seoane certainly does not want to put too much pressure on him ahead of the game at RB Leipzig. In the top match on Sunday in Leipzig, however, this could change. With Bellarabi and possibly one of the two centre forwards, who could possibly do the job-sharing.