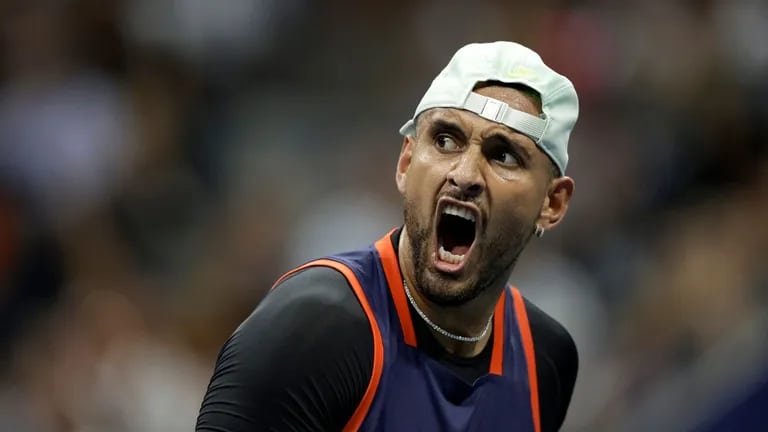 Australian tennis star Nick Kyrgios wants the court case against him in his home country to be dropped.

His lawyer Michael Kukulies-Smith said in court, according to news agency AAP, that after reviewing Kyrgios” medical history, including his mental health, he would file a motion to have the mental impairment charges dismissed. The 27-year-old Kyrgios is currently playing in the ATP tournament in Tokyo and was absent from the Canberra Magistrates Court hearing.

His lawyers also applied for an adjournment so that reports on Kyrgios’ mental health could be prepared. The next hearing is now scheduled to take place on 3 February, when the tennis pro also wants to be present in court for the first time. “It is my client’s wish to appear in person,” Kukulies-Smith said.

Kukulies-Smith explained in court that the request was appropriate due to his client’s mental state since 2015 and referred to a series of public statements by Kyrgios. The latter had made public alcohol and drug abuse, among other things, on Instagram in February.

“The nature of the allegations is serious “

The allegations against Wimbledon finalist Kyrgios had emerged during the Grand Slam tournament in the summer. Lawyer Jason Moffett, who represented Kyrgios as legal counsel in early July, according to the Canberra Times, told the newspaper at the time: “The nature of the allegations is serious and Mr Kyrgios takes the allegation very seriously.” Accordingly, it was an incident “related to a domestic relationship”, Moffett said.

“Obviously I’ve got a lot of thoughts, a lot of many things I want to say, sort of my side of things,” Kyrgios said in July. “I understand everybody wants to ask questions about it and all that, but I can’t say too much about it at the moment.” He has yet to be more specific on the matter on the advice of his lawyers.

In the past, Kyrgios had repeatedly attracted attention for his boorish behaviour on the tennis court and had to pay tens of thousands of dollars in fines.