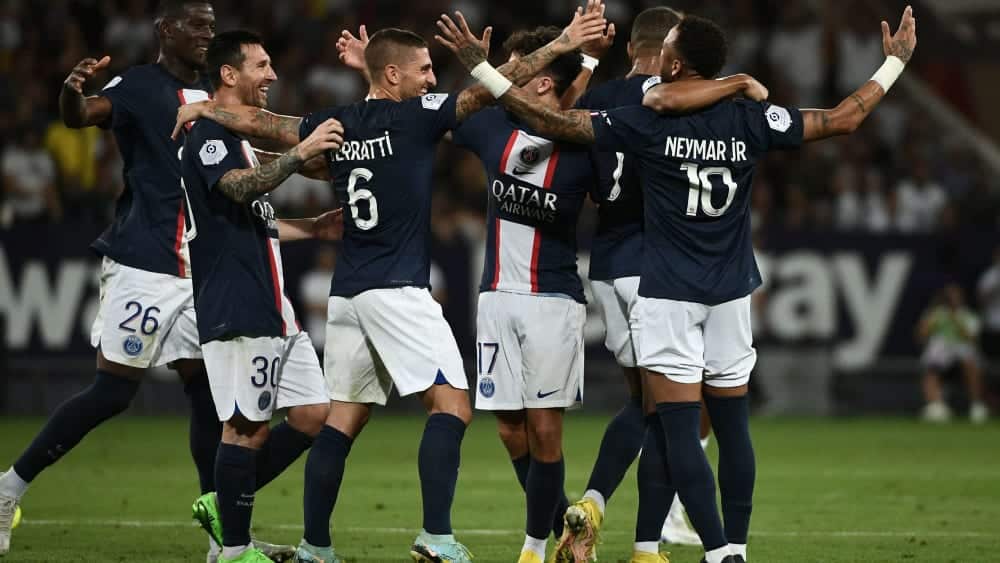 Paris Saint-Germain celebrate a 3-0 win in Toulouse – the victory could have been even higher.


After the disappointing 1-1 draw with AS Monaco, PSG wanted to get back on track in Toulouse. Coach Christophe Galtier relied on his top stars Messi, Neymar and Mbappé in attack. Paris undoubtedly had the greater individual class in this duel and was the better team overall – with more shares of the game and more forward actions. The problem was that PSG struggled to find the net and had to contend with a brilliant goalkeeper in Dupé.


The 29-year-old made several brilliant saves, but ultimately could not prevent the 1-0 deficit at the break: Messi found Neymar, who got himself into position in the sixteen and scored to make it 1-0.

After the break, Dupé shone again when he scrambled a powerful Messi free-kick out of the corner (49th). La Pulga” had no luck with his finish, but shone all the more as an assist provider. In the 50th minute, the Argentine excellently took a long pass from Verratti and then showed great vision in the penalty area when he served Mbappé – 2:0.


In the end, this was the early decisive goal, as Toulouse, who were struggling, had no means to seriously challenge the Parisian star ensemble. Instead, the home side could once again thank their keeper that they did not lose even more. Dupé made superb saves against Vitinha (61st) and Mbappé (73rd). Shortly before the final whistle, however, it was the former Munich player Juan Bernat who was on the spot after Mbappé’s shot hit the post and made the final score 3-0 (90th).