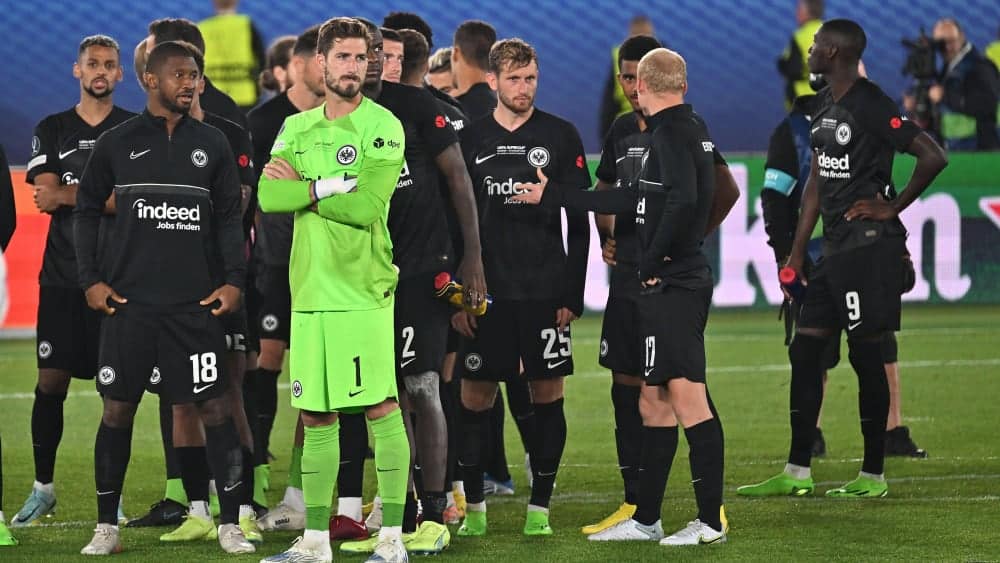 The star ensemble of Champions League winners Real Madrid were out of their depth for Europa League winners Eintracht Frankfurt in the Super Cup duel in Helsinki. The Spanish media wrote of the “insatiable” on Thursday after the 2-0 victory of the royals.

Real is the nightmare of Europe formulated AS, while Marca wrote: “Real raises its fifth European Supercup with another proof of its authority.” Sport added: “Real Madrid beat last season’s executioner Barca in Helsinki. “

The Spanish press reviews at a glance:

Marca:“Alaba’s and Benzema’s goals defeat Eintracht. Real are still the king. Eintracht had only one chance, which Courtois cancelled out with a world-class save. Real are unfailing in the important games. They play. They win.”

AS: “Insatiable. Ancelotti’s side claim their fifth European Super Cup after a commanding win over Eintracht Frankfurt with goals from Alaba and Benzema. Real Madrid were clearly superior to Eintracht in all aspects.”

Sport: “Real Madrid clinch their first title of the season. Ancelotti’s team wins the title without having played a great game.

El Mundo Deportivo:“The European Supercup is also white. Eintracht’s lights went out especially in the second half. Real Madrid picked up where they left off last season: with a title. Carlo Ancelotti knew exactly why he fielded the final team from Paris again. Everything is going like clockwork. Modric and Kroos had everything under control in midfield. “