HomeMotorsportsPhilipp Öttl in P11 on Friday: Great confidence for the race distance
Motorsports

Philipp Öttl in P11 on Friday: Great confidence for the race distance 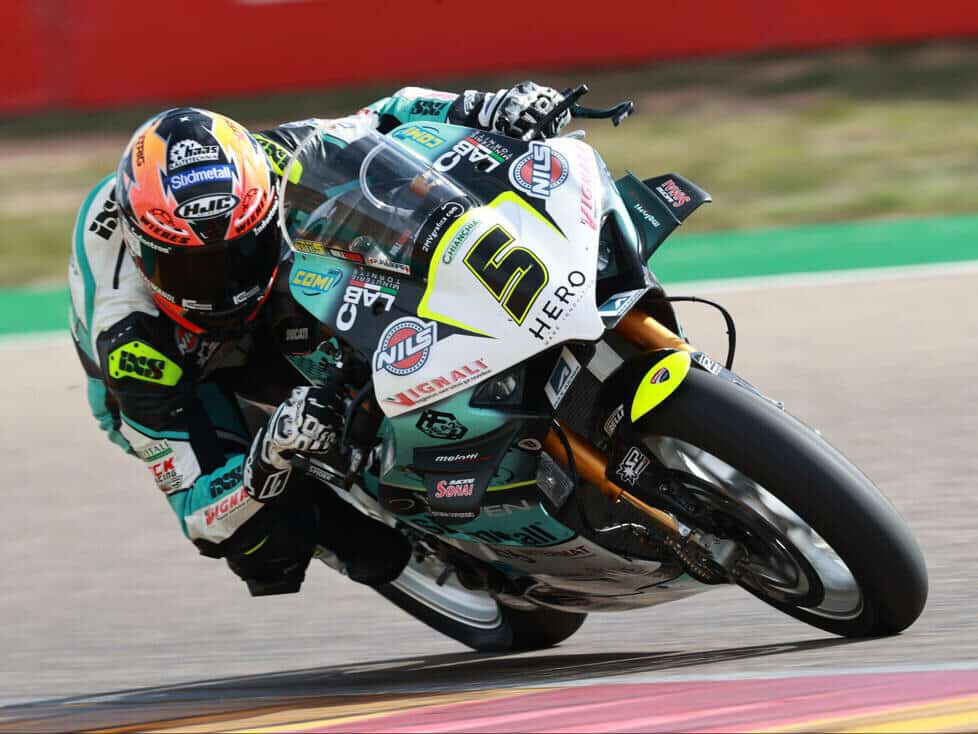 Just 1.340 seconds separated Philipp Öttl from the top spot on the first day of Superbike World Championship practice at Aragon. The German Superbike rookie finished eleventh in the combined classification of both practices and is optimistic going into the second day of the event. The GoEleven team prepared intensively for the three races on Friday. In contrast to the competition, they refrained from using the SCQ tyre.

“We did a long run. We concentrated on the race set-up. It didn’t go badly. We only did two stints in the afternoon while others went out three times. With the SCX tyre, we almost did a full race distance.”

“It’s an extreme amount of information. I think tomorrow I will learn a lot more,” Öttl said, looking ahead to his first Superpole in the World Superbike Championship and the first race. The Ducati factory riders Alvaro Bautista and Michael Rinaldi confirmed with strong long runs that the Panigale V4R manages the tyres well. Öttl also manages his tyres well.

“I have the feeling that the bike works well with used tyres at the end of the race. The bike is easy to ride. But it’s difficult to say anything concrete now,” the German notes, adding, “I think we did well in FT2. “

The extra soft qualifying tyre was already used by some drivers on Friday. “As there are now four qualifying tyres and this tyre could also be an option for the Superpole race, many riders have already tried this tyre. Our plan is to try it in FT3. We plan to start some kind of qualifying attempt,” explained Öttl.

“I want to make good use of FT3. The Superpole afterwards is of course extremely important. A good starting position is important. A place in the top 15 would be quite good. There are some experts who can use the soft qualifying tyre really well. I want to do it properly and use the tyre as well as possible. Then it’s off to the race,” the Ducati rider described.

“We have been practising the starts for quite a long time. In a race situation, of course, it’s a bit different,” Öttl knows and sums up: “I think we have taken a good path, also with regard to the feeling for the front tyre. It was a good first day. “