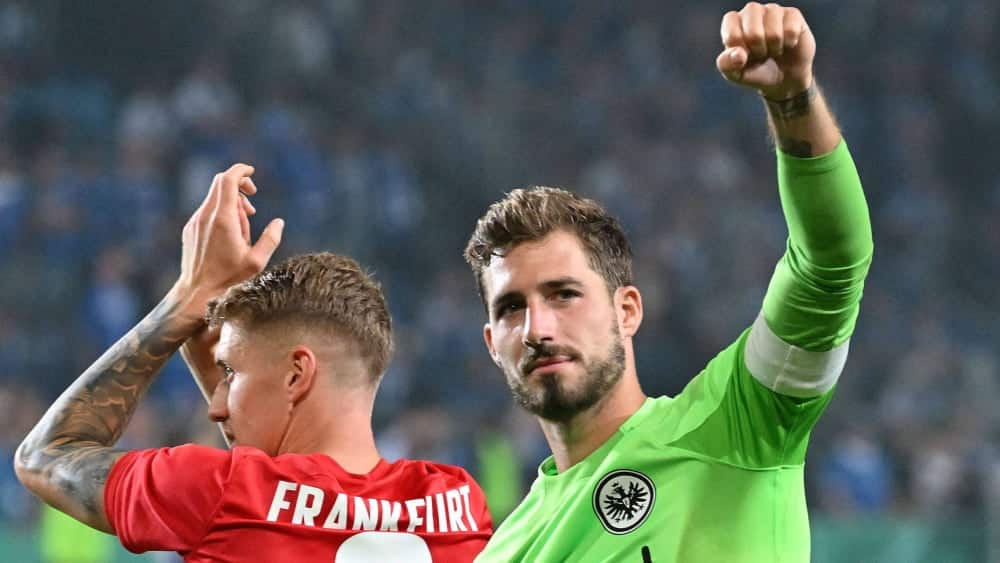 Who knows how the cup match would have gone if Magdeburg had equalised Frankfurt’s early lead. Penalty killer Kevin Trapp prevented it – once again. The keeper revealed his secret afterwards.

In the last competitive match of the 2021/22 season, Kevin Trapp saved a penalty and was a key component in his Eintracht’s Europa League victory over Glasgow. Just under two and a half months later, it was that time again and the keeper was again faced with a shooter from the spot – and again Trapp saved.

Although this time it was “only” the first round of the DFB Cup, the save was no less important. His front men had taken an early lead in Magdeburg in the person of Daichi Kamada (4th), but after Tuta’s tackle on Leonardo Scienza in the penalty area, the keeper was called upon again just three minutes later.

“Not so unimportant at that point. I think when the ball goes in, the stadium comes again, then it’s 1-1,” Trapp said afterwards on “Sky” about thwarting the second-division team’s immediate response. Thanks to him, however, the stadium did not come up again and the SGE moved away from it and ultimately into the second round in commanding fashion.

The keeper also revealed afterwards why Trapp is always the winner from the penalty spot: “As a goalkeeper you have less to lose than as a player, that’s a fact. I’d rather look forward to it than worry that the ball will go in. “

Glasner is happy about the “spirit “

His coach Oliver Glasner was basically satisfied, but in view of the difficult next tasks (Friday Bundesliga opener against Bayern, Wednesday Super Cup against Real Madrid) he also put his finger in the wound. Especially in the final phase, the coach had seen some things that his team had “spared themselves”. “Not attacking in a concentrated manner”, letting the opponent “turn up the heat”, “too susceptible to counterattacks” – simply “too wildly back and forth”, according to the SGE coach.

The 47-year-old, on the other hand, was very pleased with the “spirit” that his team showed again this season – and cited the jubilant scenes when Trapp held the penalty as an example. “That’s the spirit that distinguished us last season, and we wanted to take it with us into the new season. We want to show that again and we need it.” Not only in the next two games.