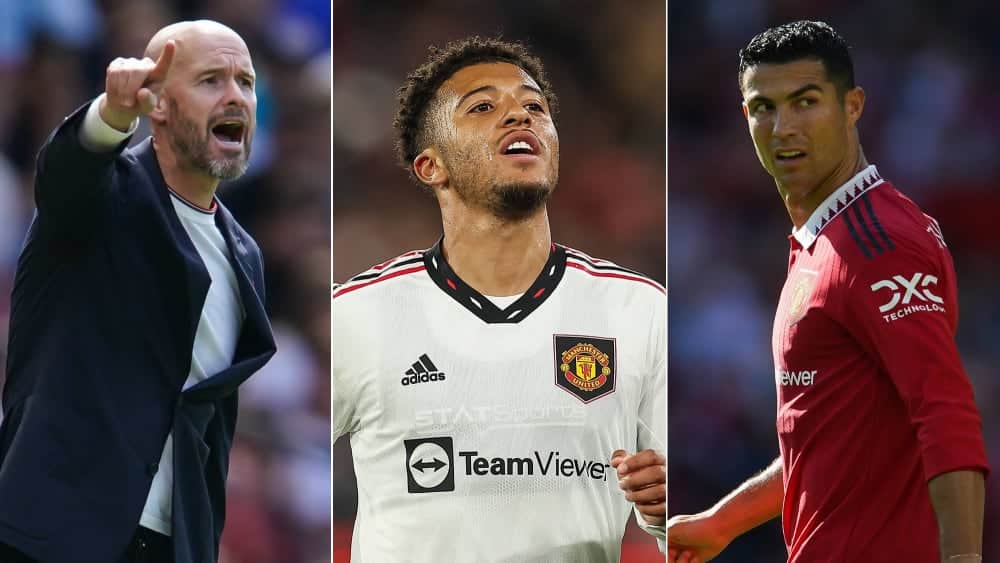 Erik ten Hag already has one thing over his two predecessors: In his still short tenure at Manchester United, the new coach – unlike Ole Gunnar Solskjaer and Ralf Rangnick – has finally been able to end the club’s trophy drought.

Admittedly, the “Bangkok Century Cup”, which the Red Devils can call their own thanks to a 4-0 win over Liverpool in a preparation match, does not have quite as much prestige as the FA Cup or the Premier League title.

The sometimes ironically euphoric reactions of the fans in the social networks, however, give a deep insight into the mood at Manchester United before the start of the season. On the one hand, there is cautious optimism, coupled with British black humour – but at the same time a certain indifference. The disappointing last few years, culminating in last season’s desolate campaign, have left their mark.

How did the transfer phase go?

In order to finally win silverware outside of Thailand again, ManUnited is facing the umpteenth upheaval this summer. With ten Hag, those responsible were able to win over an up-and-coming, ambitious coach.

With the signings of Christian Eriksen, Lisandro Martinez and Tyrell Malacia, the Red Devils have made three clever transfers so far this summer and secured players who are emblematic of ten Hag’s philosophy: technically skilled, flexible, reliable.

Martinez could form the centre of defence alongside captain Harry Maguire, while Malacia is expected to provide competition for Luke Shaw on the left side of defence. Eriksen can relieve Bruno Fernandes on the ten, help out on the right or even form the defensive midfield centre with a partner by necessity.

Because: The central defensive midfield remains the big problem area. The departures of Paul Pogba and Nemanja Matic on loan have thinned the available personnel to the minimum. In the complicated negotiations for ten Hag’s absolute dream player Frenkie de Jong, no agreement seems to be in sight. The squad continues to lack compelling depth and reinforcements.

The Test matches in Thailand and Australia nevertheless triggered a small wave of euphoria in the fan camps. At last there were signs of a coach’s idea of play that had been missing for so long. Against teams like Crystal Palace (3:1), the Red Devils showed clear pressing structures and fast, efficient combination football. The clear success against rivals Liverpool at the beginning of the preparation was the icing on the cake.

The offensive trio of Marcus Rashford, Jadon Sancho and Anthony Martial played a big part in this. While for all three of them the past season was one to forget for various reasons, the latter two in particular played big in preparation and promise a lot for the coming season.

And then there is someone who could be considered for the striker: a certain Cristiano Ronaldo. The Portuguese missed almost the entire preparation, officially for family reasons. According to consistent media reports, however, the 37-year-old is desperate to leave Man United. If he stays, questions arise about his suitability for the system. If he leaves, Martial will be the only central striker left in the squad. But the numbers speak for themselves: CR7 scored 24 goals last season. More than twice as many as Rashford, Sancho and Martial combined (eleven goals).

Additionally, as mentioned, the defensive midfield is a concern. Fred, one of the few winners under Rangnick, also convinced in the preparation and will probably be set. If no new players are brought in, the passionate but limited Scott McTominay will probably play alongside him again. A midfield combination that clearly falls short in comparison to ManCity, Liverpool or Chelsea.

So it is harder than it has been for a long time to assess Manchester United. The project seems new, and with ten Hag there is an exciting coach on the sidelines who is still inexperienced in the top leagues. In the transfer market – surprisingly by United standards – sensible deals have been struck. The players have regained their self-confidence and are enjoying the game.

At the same time, however, there are the old familiar problems. They still haven’t found a successor for Michael Carrick in the defensive midfield (he ended his career in 2017, assisted José Mourinho and Solskjaer for four years, became a coach himself, took over on the sidelines on an interim basis and then left the club). Transfer antics like Ronaldo or de Jong still dominate the summer and raise questions. The squad still doesn’t look like one that can play for major titles.

That’s probably how it will be this year, too. The primary goal for ten Hag and Manchester United should be a top-four finish and Champions League qualification. The Red Devils remain a team that can beat City or Liverpool in the league, but in the long run with 38 games to go, the competition is too strong.

In the national cup competitions, in which only one match is decisive, the English record champions can expect more – depending on the opponents drawn. In the unloved Europa League, the only thing that really counts this year is the title. As is well known, it would be the second of the season.