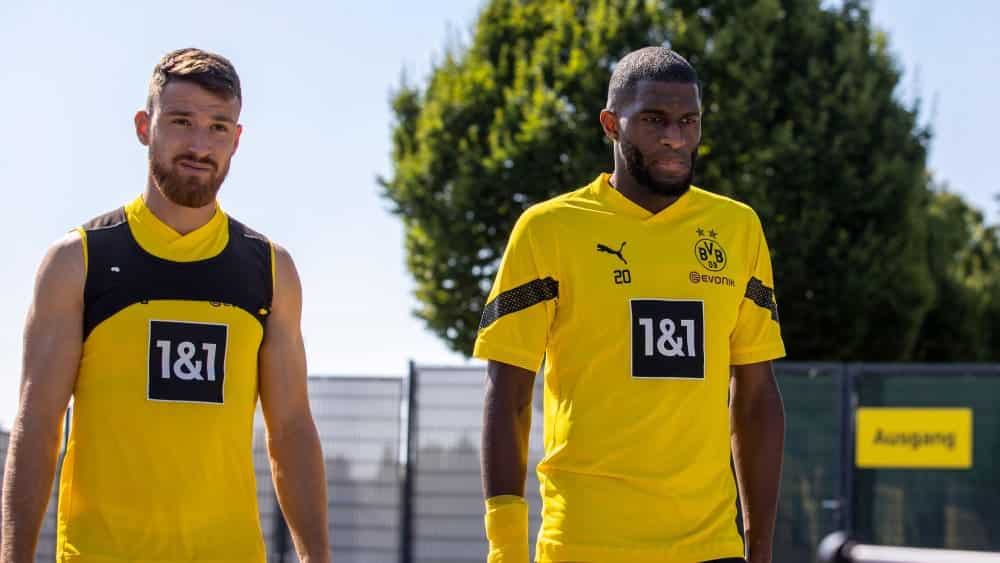 Salih Özcan and Anthony Modeste played together for 1. FC Köln until the summer. They are now reuniting in Dortmund – to the delight of Özcan, who praises striker Modeste’s “extreme quality. “

Dortmund’s newcomer Anthony Modeste took his first steps in the BVB dress on Tuesday alongside an old acquaintance: Together with Salih Özcan, with whom the 34-year-old had played together very successfully in Cologne and who had also moved to Dortmund this summer, the striker entered the training ground in Brackel – and was promptly greeted by loud shouts of welcome from the fans.

Step into the training ground in Brackel.


His old and new teammate Özcan was also happy about Modeste’s arrival. For private reasons, because he had always got on well with the “very fun-loving” attacker in Cologne, as he revealed on Tuesday evening during a BVB TV recording. But also for purely sporting reasons: “Tony has extreme quality in the penalty area. He is brutally strong with his head and his foot. He is very robust and only needs a few chances to score goals,” Özcan went into raptures and then added a quality that is important to Dortmund’s coach Edin Terzic: “Tony ploughs a lot. “

Özcan only completed parts of the training

This also applies to Özcan – but he has not yet been able to show that for BVB. A foot bruise caused a very fragmented preparation, also on Tuesday he only completed parts of the unit. A return to the squad already on Friday, when Borussia is challenged by SC Freiburg, is therefore rather unlikely.