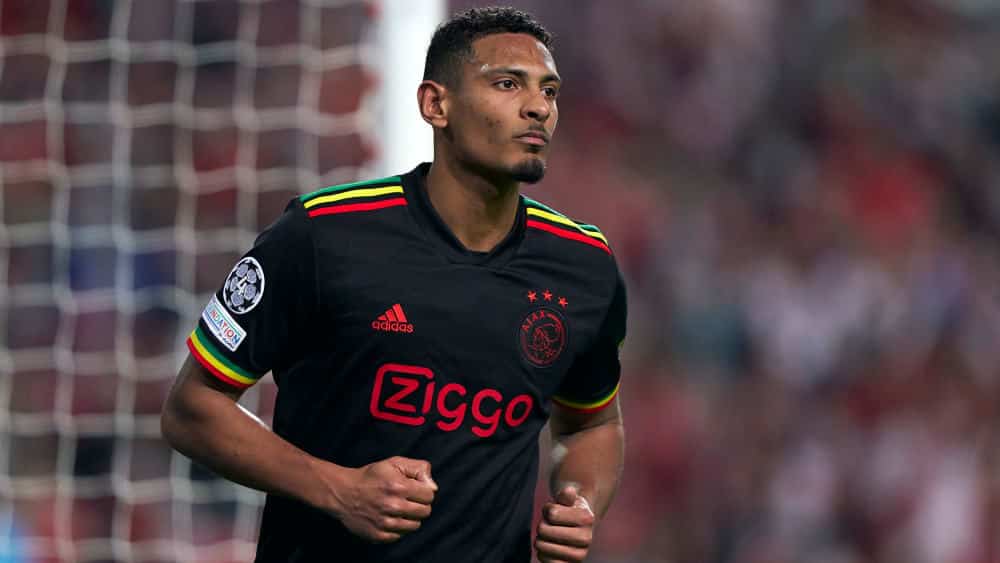 Sebastien Haller’s Champions League round of 16 first leg against Benfica Lisbon will be remembered for a long time. The Ajax striker scored at both ends of the pitch to break two Champions League records – and a curious one at that.

Was this how Sebastien Haller had envisaged his first knockout match in the top flight? The former Frankfurt striker had probably dreamt of a hat-trick or a resounding victory. But his actual work record in Ajax Amsterdam’s 2-2 draw with Benfica Lisbon in the first leg of the Champions League last 16 on Wednesday is unlikely to have been in his wildest dreams.

The evening got off to the worst possible start: After a number of unfortunate actions, the 1.90 metre tall striker deflected the ball into the goal – but into his own net. Haller failed to sort out a sharp cross from Benfica’s Jan Vertonghen and the ball bounced off the Ivorian’s right boot into the Amsterdam goal (26th).

But within a few minutes Haller redeemed himself – and broke two records at once. He easily pushed a deflection over the line. And this time into the opponent’s goal (29.).

This was the eleventh goal scored by the top scorer of the current Champions League season. A debutant has never scored more goals in the top flight. The previous record was shared with Liverpool’s Roberto Firmino and Sadio Mané by a certain Erling Haaland with his ten goals in the 2019/20 season for RB Salzburg and BVB.

But back to Haller. At the same time, Haller recorded a second record that is unlikely to be broken again in the near future. Never before has the time span between an own goal and a goal been shorter in the Champions League. Haller’s three minutes were one turn less than Cadu (CFR Cluj), who scored once in the 3-2 defeat of FC Bayern in the group stage of the 2010/11 season and later in his own goal.

After the final whistle, Haller kept it short in front of the UEFA microphone: “That I then scored the goal was of course a relief for me so soon after the own goal.” And at least one of the two records should soon make him forget that he scored into his own goal.