HomeTennis"No player is bigger than the sport itself"
TennisTennis News

“No player is bigger than the sport itself” 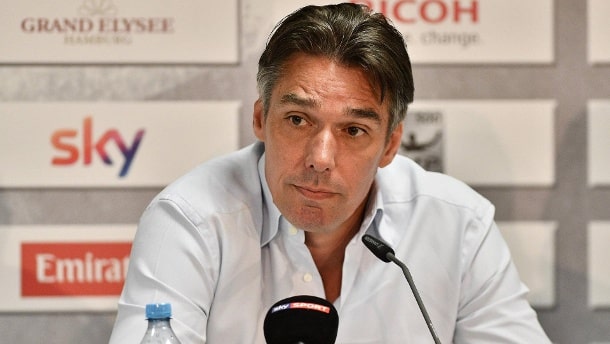 There is only one topic in world tennis at the moment: Novak Djokovic’s performance before the Australian Open. Hardly anyone is talking about the other players. This annoys former Wimbledon champion Michael Stich.


Is Novak Djokovic playing or not? That’s the big question ahead of the Australian Open. Even after a good week, the posse surrounding the participation of the world number one in the first Grand Slam tournament of the year is not over.

Four days before the start of the tournament, the Serb is still in Melbourne, preparing for his controversial start at the Australian Open and has already been drawn his opening opponent. However, there is still a big question mark behind the start of the current world number one.

The huge fuss continues and the first Grand Slam tournament in 2022 is already overshadowed by the political issue. The government Down Under on Thursday once again postponed a decision on whether to revoke the 34-year-old Serb’s residency permit. And while the threat of deportation from Australia continues, incomprehension is growing louder in the tennis scene.

In addition to numerous active professionals, the German tennis icon Michael Stich is now also speaking out. The 1991 Wimbledon champion is bothered by the fact that almost only Djokovic is discussed in public and most of the other players are barely existent in the media before the start of the Australian Open. “That’s the big mistake: the world doesn’t talk about tennis, it talks about Novak Djokovic. Those are two completely different pairs of shoes,” the 53-year-old told Der Spiegel.

Specifically, he mentioned the entry requirements for the tournament in Australia. “The rules on who is allowed to participate and who is not were obviously not clear enough. If there had been very clear rules that only vaccinated players were allowed to participate, we wouldn’t have had the whole debate,” Stich said, adding, “And when there were once clear rules like the deadline of 10 December for everyone to come forward with their exemption requests, they’ve been watered down.” Meanwhile, he said, the story has become so politicised that “respect for all the other professionals” has been lost.

“I sometimes feel that today’s generation is so focused on records that you have to be careful not to forget that no player is bigger than the sport itself,” Stich continued. Moreover, he found it difficult to believe the Serb’s remarks in connection with his corona-related entry problems.

“It is of course possible that an employee makes a wrong cross. But especially now, in times of Corona, such a thing should not happen. To be honest, I find the statement that he had no symptoms and took the interview appointment in order not to disappoint the journalist to be unbelievable – and also not corresponding to Djokovic’s person,” explained Stich.