HomeFootball"No doubts" in Liverpool: Salah and van Dijk will be fit for...
FootballFootball News

“No doubts” in Liverpool: Salah and van Dijk will be fit for Champions League final 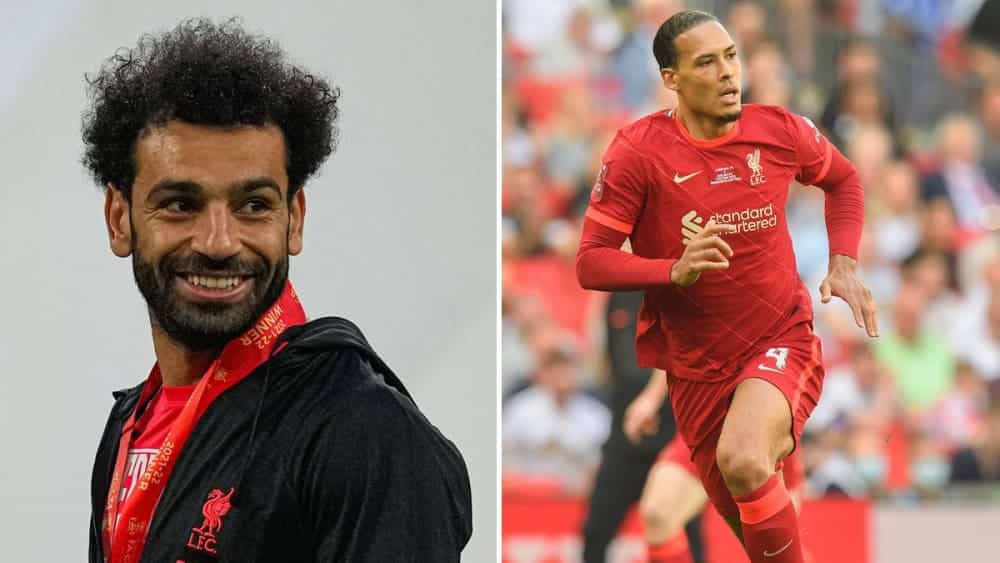 Breathe a sigh of relief at Liverpool FC. The use of Mohamed Salah and Virgil van Dijk in the Champions League final against Real Madrid on 28 May in Paris is not in danger.

Goal scorer Salah, who has a good chance of becoming the Premier League’s top scorer for the third time, was substituted in the FA Cup final against Chelsea on Saturday as early as the 33rd minute because of a groin blister, while defender van Dijk had to leave the pitch at the start of extra time because of knee trouble.

“They’re both okay,” Jürgen Klopp reassured Liverpool fans’ nerves ahead of Tuesday’s game at Southampton FC, stressing: “The goal for both of them is to be able to play at the weekend.” Either from the start or as substitutes. “It’s looking very good and we have no doubts about the Champions League final. “

Will the title race go down to the last matchday?

In any case, Salah and van Dijk, who Klopp would have spared anyway, will be missing at Southampton on Tuesday night. The Reds must win there if they are to keep the title race open until the final matchday. With Manchester City only managing a 2-2 draw at West Ham United, Liverpool could move to within a point of the league leaders at St Mary’s Stadium.

Then it would come to a long-distance duel on Sunday (5pm). Liverpool host Wolverhampton Wanderers on Matchday 38, while City await Aston Villa, coached by Liverpool legend Steven Gerrard and featuring another former Reds player in Philippe Coutinho.

Should Liverpool go away empty-handed in the league, Klopp’s charges will still have the chance to lift their third trophy of the season – after the League Cup and FA Cup – at the Stade de France on 28 April. Salah, in particular, has a score to settle with final opponents Real Madrid.