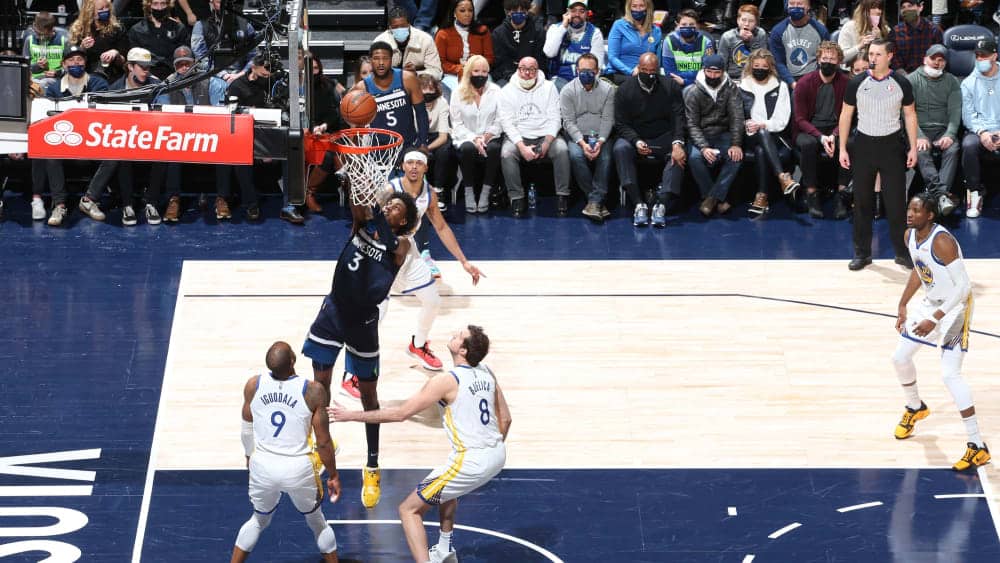 Klay Thompson may be back on board, but the Golden State Warriors have lost their rhythm. The NBA on Monday morning.

The title favourites lost 99-119 to the Minnesota Timberwolves on Sunday without ailing MVP contender Stephen Curry, their fifth defeat in the past seven games. It is the third defeat in five games since Klay Thompson’s comeback a week ago.


The Phoenix Suns’ earlier 135-108 win over the Detroit Pistons widened the gap to first place in the Western Conference. A 125-102 win over the Denver Nuggets also moved the fourth-placed Utah Jazz closer to the Warriors. The Memphis Grizzlies are in third place behind the team of the “Splash Brothers” Thompson and Curry.

Curry did not play because of discomfort in his right hand, Draymond Green was also absent because of his calf problems and Thompson was stuck with 13 points. The best scorer on the court was Karl-Anthony Towns, who contributed 26 points and 11 rebounds to the Timberwolves’ success, giving his team their 20th win of the season.

Victory number 13 came for the Houston Rockets in a 118-112 win over the Sacramento Kings. Daniel Theis was not used, centre Christian Wood and shooting guard Kevin Porter Jr. were the match winners with 23 points each for the Texans, who nevertheless remain last in the West.

In the East, meanwhile, the ambitious Brooklyn Nets will have to do without the league’s top scorer Kevin Durant for up to six weeks after he suffered a left knee ligament injury in the clash with the New Orleans Pelicans.